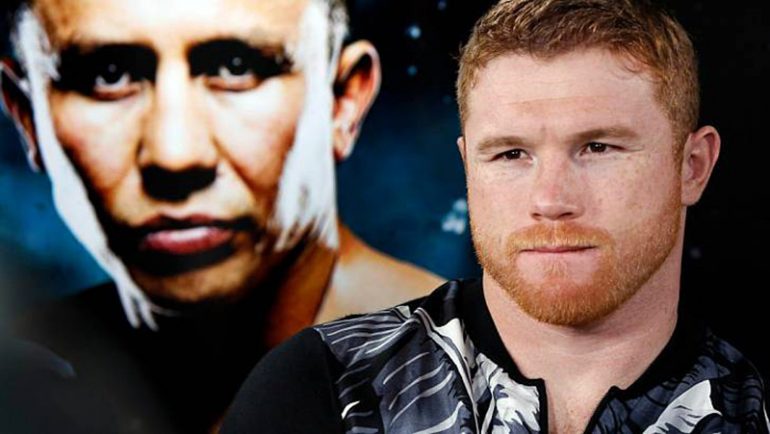 Before getting to the business of the previous week’s busy boxing schedule, which resulted in changes within THE RING’s pound-for-pound and divisional rankings, we must address the very big red-headed elephant in the room:

Canelo Alvarez testing positive for trace levels of clenbuterol, on February 17 and 20 while still in his native Mexico.

Alvarez is currently THE RING’s middleweight champion and rated in the magazine’s pound-for-pound rankings (at No. 4). Should he remain in those positions given the positive tests for a drug banned by the World Anti-Doping Agency (WADA)? For the time being, yes.

Hardcore fans that view the Mexican star as the poster boy for everything that’s wrong about boxing won’t like hearing that, but given the history of the drug in Mexico’s beef industry and within the sporting world, as well as THE RING’s previous rulings on meat contamination claims following positive clenbuterol tests, waiting for more information to come to light before judging Alvarez is the right thing to do.

News of Canelo’s test results were made public by a Golden Boy Promotions press release on March 5, two months out from his anticipated rematch with Gennady Golovkin. Team Canelo claims tainted meat is the reason the banned substance, which can be used by athletes as a performance enhancer but is also used to treat beef cattle in Mexico, was detected in the 27 year old’s system.

Alvarez has twice tested negative for any WADA-banned substances by the Voluntary Anti-Doping Association (VADA), which was hired to test both Alvarez and Golovkin for their first fight and the rematch. For the time being, the rematch, which takes place in Las Vegas, is on as scheduled and the Nevada Athletic Commission (NAC) has begun an investigation into the situation.

As noted, I’m fully aware of the legion of hardcore fans (and some members of the media) that want the rematch to be postponed or cancelled, and who also demand that Alvarez be stripped of THE RING middleweight title and dropped from the magazine’s rankings. Those would be rash and premature decisions in my opinion (which is not necessarily shared by THE RING’s Ratings Panel). More information on Alvarez’s case is needed before an educated judgement can be made and until then, the lineal middleweight champ deserves due process.

While THE RING does have an anti-drug policy, in which boxers that test positive for performing-enhancing drugs (PEDs) are dropped from the rankings, our stance in regard to tainted-meat claims (or claims of inadvertent ingestion of a PED) in past positive results has been to allow the governing bodies (athletic commissions and sanctioning organizations) to conduct their investigations and follow their lead on the ruling (provided the levels of the PED in the fighters bodies matches their claims).

This is what THE RING did with Francisco Vargas, when the former WBC 130-pound beltholder tested positive for clenbuterol one month out from his June 2016 showdown with Orlando Salido in California, and with Lucas Browne, when the heavyweight tested positive for the drug after his 10th-round stoppage of then-WBA “regular” beltholder Ruslan Chagaev in March 2016 in Russia.

Vargas, who agreed to move his camp from Mexico to Southern California and undergo more stringent VADA testing, was cleared by the California State Athletic Commission and the WBC to continue on with his fight with Salido, and thus the Mexican Olympian remained in THE RING ratings. Browne also remained in THE RING’s ratings until the WBA suspended him for six months and stripped him of their belt.

Tyson Fury also remained THE RING heavyweight champ after news of him testing positive for traces of nandrolone in early 2015 was made public in early 2016. Fury, who disputed the results, engaged in a bitter law suit with the British anti-doping authority (UKAD) that was admittedly dragged out for far too long.

Heavyweight contender Luis Ortiz was briefly dropped from the heavyweight rankings in late 2017 when he tested positive for a banned substance that he claimed was in his medication for high blood pressure.

Ortiz’s dropping from THE RING rankings coincided with a one-year suspension imposed by the WBA; however, he was reinstated after a WBC investigation into his situation allowed him to remain in their rankings and following a comeback fight in December 2017. Alexander Povetkin was also dropped from THE RING rankings after he was indefinitely suspended by the WBC for twice testing positive for banned substances (meldonium and osterine) in 2016, but, like Ortiz, the Russian veteran was reinstated when his ban was lifted by the sanctioning organization and he returned to ring in December 2017.

The only instances, so far, when THE RING has ruled differently from the commissions or sanctioning organizations is when the fighter who tested positive for a PED competes with the banned substance in his system. This situation recently occurred when Luis Nery won THE RING/WBC bantamweight titles from Shinsuke Yamanaka last August, and when Kenichi Ogawa earned the IBF 130-pound belt with a controversial decision over Tevin Farmer in December.

Despite their positive test results (zilpaterol for Nery; synthetic testosterone for Ogawa) the WBC and IBF continued to recognize them as beltholders. THE RING reinstated Yamanaka as its 118-pound champ and dropped Nery and Ogawa from the ratings because at that point it didn’t matter if their excuses were legitimate or not, the bottom line is that their title bouts were not conducted on an even playing ground.

This doesn’t seem to be the case with Alvarez. However, if the NAC’s investigation determines that Alvarez will carry an unfair edge into the ring against Golovkin on May 5 due to the clenbuterol that was in his system, the RING Ratings Panel will be asked to make a ruling on his RING championship and rankings status.

Onto the very late Ring ratings update (from the week of February 26-March 3):

Pound for pound: The Panel almost unanimously voted to significantly drop Sergey Kovalev in the mythical rankings after what more than one member described as a “sluggish” performance against unrated and unheralded Igor Mikhalkin in defense of his WBO light heavyweight title on March 3. The 34-year-old Russian was dropped from his lofty spot at No. 4 all the way down to No. 9.

Heavyweight: No. 2-rated Deontay Wilder and No. 5-rated Luis Ortiz held on to their rankings after engaging in their thrilling and dramatic WBC title bout on March 3.

Cruiserweight: No. 10-rated Kevin Lerena advanced to No. 8 after his 12-round unanimous decision over fringe contender Dmytro Kucher on March 3.

Light heavyweight: No. 1-rated Kovalev held onto the top spot, while Dmitry Bivol, who fought on the Kovalev-Mikhalkin undercard, climbed from No. 6 to No. 3 after his impressive 12th-round stoppage of Sullivan Barrera, who held onto his No. 7 ranking.

Super middleweight: Unrated Jose Uzcategui entered the rankings at No. 6 after his March 3 rematch stoppage of veteran Andre Dirrell, who dropped out of the top 10.

Welterweight: Kell Brook exited the 147-pound rankings after his successful move to the junior middleweight division (a second-round stoppage of well-traveled veteran Sergey Rabchenko on March 3), making room for streaking Cuban boxer-puncher Yordenis Ugas to enter at No. 10.

Junior featherweight: No. 6-rated Daniel Roman, the Southern California-based WBA beltholder who has won his last 16 bouts, advanced to No. 4 on the strength of his unanimous decision over Ryo Matsumoto on February 28, his second consecutive successful title bout in Japan.

Bantamweight: THE RING title was declared vacant after Shinsuke Yamanaka was stopped in two rounds by Luis Nery on March 1. Nery, who lost his WBC title on the scale when he weighed in three pounds over the division limit, was suspended indefinitely by the Japan Boxing Commission and the WBC. Yamanaka, the 35-year-old veteran who had reigned as WBC beltholder since November 2011 and earned THE RING title with his rematch stoppage of Anselmo Moreno in September 2016, retired following his second consecutive stoppage to the disgraced Mexican standout.

Flyweight: No. 8-rated Masayuki Kuroda advanced to No. 7 after scoring a 10-round decision over Katsunori Nagamine on March 3.