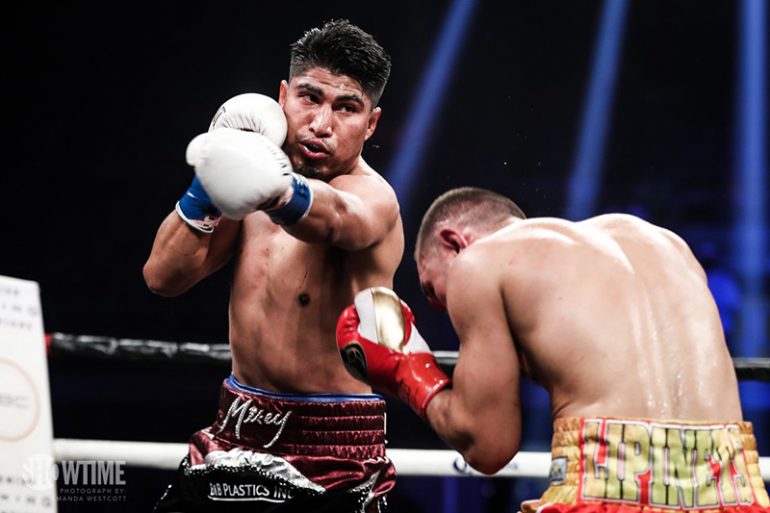 “Winning this fourth world title in a fourth weight class, to be mentioned along with fighters like Manny Pacquiao and Juan Manuel Marquez, is a great honor,” Garcia, who currently holds the WBC lightweight title, said during his post-fight interview on Showtime, which televised the bout live in the U.S. 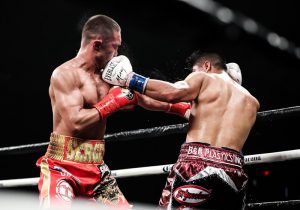 “(Lipinets) came in exactly as I expected, (he’s a) very determined, strong fighter. We knew he was going to be there for a long time, he’s very dangerous. I know I carry power (up to the 140-pound division) but I’m fighting bigger men now and they take a good punch.”

Lipinets was able to take a good shot and deliver one as evidenced by the blood that trickled from Garcia’s nose for much of the fight. Four-division beltholder Adrian Broner, who Garcia outclassed last July, didn’t give the 30 year old as tough a scrap.

Lipinets, a Los Angeles resident, was attempting to make the first defense of the vacant IBF title he won with a unanimous decision over Akihiro Kondo in November. Lipinets had to spill some blood in doing so and his tougher-than-expected struggle against the unheralded Japanese slugger prompted most boxing observers to view the 28-year-old native of Kazakhstan native as a second-tier beltholder with little to no chance of upsetting an elite boxer like Garcia, a pound-for-pound rated fighter with three times the professional boxing experience.

However, Lipinets proved to be a legitimate 140-pound player with the game and crafty fight he put forth against Garcia.

“I think experience just took over (for Garcia) at some point,” Lipinets said after the fight. “It’s a learning experience. I’ll go back and work on the flaws I showed tonight and come back better.” 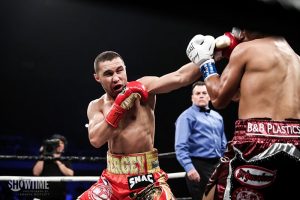 Garcia, a boxer-puncher and master counter puncher, usually welcomes aggressive opponents to bring the fight to him but Lipinets, who is trained by former titleholder Buddy McGirt, applied smart pressure all night, backing the Oxnard native up with a snappy jab while working the crowd favorite’s body with hard shots.

However, even when boxing off the back foot, Garcia was the sharper shooter of the two junior welterweights. He controlled the distance during much of the bout, even when backed to the ropes, and outlanded Lipinets with hard one-two combinations and left hooks.

Garcia now holds major titles in the 135- and 140-pound divisions with some high-profile showdowns with the other beltholders in those weight classes on deck.

“I have options,” Garcia said. “I can drop down to 135 pounds and unify, which I really want to do, then come back up and unify at 140 pounds, and eventually go up to welterweight.”