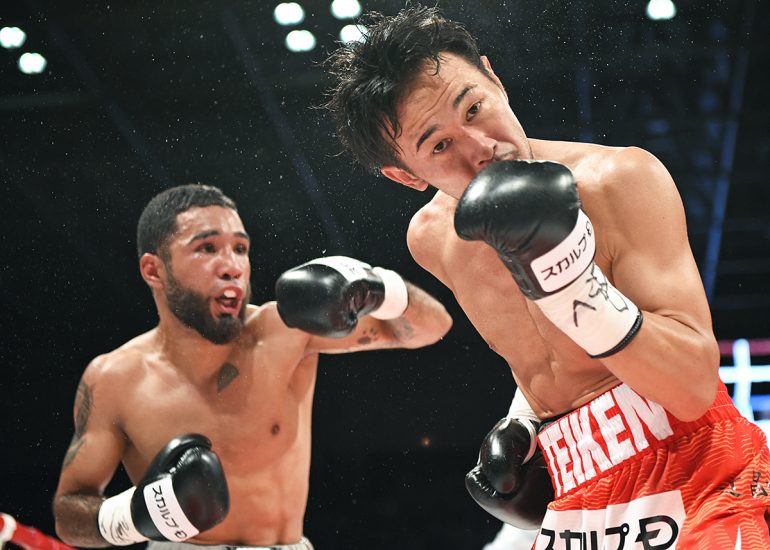 Former WBC bantamweight champ Luis Nery might one-day develop into a major player at junior featherweight or featherweight but the controversial Mexican fighter, who won his title in Japan, will never fight in that country again.

The Japan Boxing Commission (JBC) announced on March 9 that it is suspending Nery from fighting within its jurisdiction indefinitely, a reaction to the 23-year-old fighter’s failure to make weight for his WBC-mandated rematch against Shinsuke Yamanaka on March 1 in Tokyo.

Nery, a brutally dispatched the 35-year-old veteran in two rounds, was already on thin ice with the JBC and the Japanese public after it was revealed that he tested positive for the banned drug Zilpaterol prior to his fourth-round stoppage of Yamanaka last August in Kyoto. Nery, of Tijuana, won the WBC and RING magazine 118-pound titles, but THE RING withdrew championship recognition from the unbeaten southpaw given the circumstances of his victory.

Nery and his team claimed his positive test was the result of food contamination, which prompted the WBC to order an immediate rematch with Yamanaka, a ruling that many Japanese fans were against. When Nery weighed in five pounds over the bantamweight limit for the rematch with Yamanaka, the Mexican fighter not only lost the WBC belt on the scales, he became public enemy No. 1 in Japan. Nery shed two extra pounds but still weighed in as a junior featherweight and carried a gross size advantage into the ring.

The public outcry in Japan was loud and the JBC answered them on Friday.

Typically, the JBC would suspend a fighter for one year for failure to make weight. However, given Nery’s history, the commission’s ethics committee met on March 8 and ruled to ban Nery from boxing in Japan for life, according to Japanese sports publication Hochi Shinbun.

The WBC also imposed an indefinite suspension on Nery, preventing him from being rated by the Mexico-based sanctioning organization or fighting for the WBC title, and ordered that he appear at a special investigative hearing.

The JBC wants other sanctioning organizations to suspend Nery and, according to the Hochi Shinbun article, requested their cooperation in quickly incorporating strict regulations for fines and penalties for boxers that don’t make weight in order to prevent this type of incident from occurring in the future.