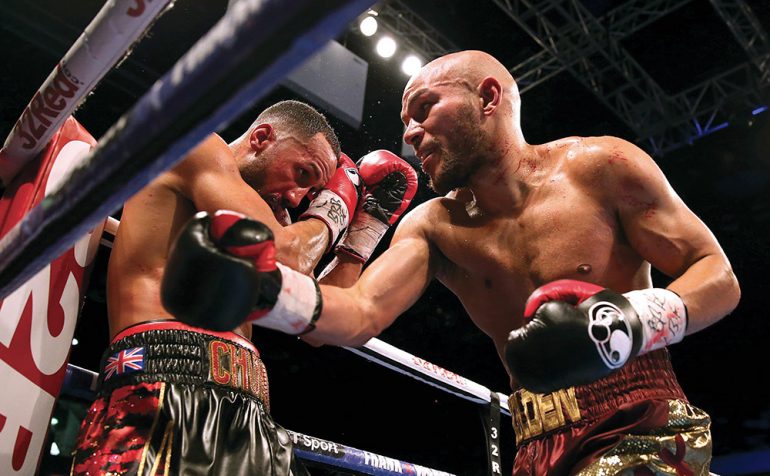 James DeGale is coming to regain his title.

The Brit, who suffered a massive upset at the hands of journeyman Caleb Truax in December, will have an opportunity to prove it was simply an off-night when the fighters meet again on April 7 in Las Vegas. The super middleweight title fight was announced as the Showtime co-feature to Erislandy Lara-Jarrett Hurd on Friday.

“I’m happy to have the opportunity to rematch Truax and regain my IBF title,” said DeGale, THE RING’s No. 7 super middleweight. “I am not going to make excuses for my poor performance, actions speak louder than words. I am excited to be boxing in Vegas and on Showtime again. The real JD will be back on fight night!”

It was slated to be a routine title defense for DeGale, a supposed soft touch in his first fight following shoulder surgery. It turned out to be anything but. Truax pressure DeGale and landed plenty of big shots en route to a majority decision victory that was wider than the scores indicated.

Now, Truax (29-3-2, 18 knockouts) is out to prove he’s a changed fighter, one who belongs among the best at 168. A departure from the man who was knocked out in one round by Anthony Dirrell, and then in the final round after being outboxed for 11 rounds by Daniel Jacobs.

“They made the right call on the decision in England, and I expect to be even more dominant this time around,” said Truax, THE RING’s No. 4 super middleweight. “I am planning to really just beat up James DeGale and get the job done in more efficient fashion this time.

DeGale (23-2-1, 14 KOs) became the Olympic gold medalist from England to win a world title when he topped Andre Dirrell in 2015. He successfully defended the 168-pound strap with victories over Lucian Bute and Porky Medina, but then a hellacious brawl with Badou Jack resulted in a busted eardrum in several lost teeth.

It’s possible the fight finished DeGale as an elite fighter, but he’ll have a chance to prove that’s not the case next month.