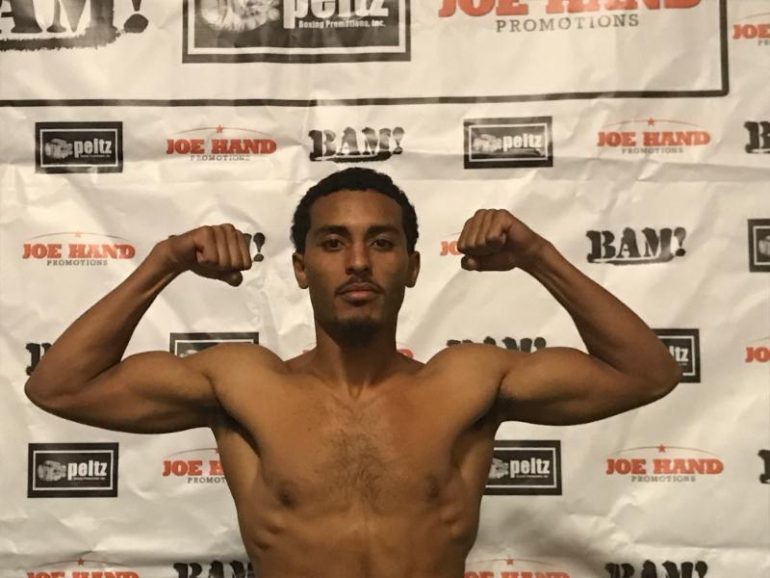 Junior lightweight Avery Sparrow has been used as “the opponent” in recent fights. But while many have expected him to put up decent performances in losing efforts to unbeaten fighters and talented prospects, Sparrow has found a way to win.

This Friday, however, the 24-year old prospect will find himself in the unusual position of being a pre-fight favorite at the Parx Casino in Bensalem, Pennsylvania, where he faces Jesus Serrano over eight rounds.

The 24-year-old Sparrow, who resides in nearby Philadelphia, was victorious in his last fight in November, grinding out a hard-fought 10-round unanimous decision over Jose Lopez of Puerto Rico. Prior to that, Sparrow (9-1, 3 knockouts) defeated two unbeaten prospects in Osaelin Florian and Joey Laviolette.

“I’m happy to be back in the ring,” said Sparrow, who is now ranked No. 14 by the WBO. “2017 was a very good year in boxing for me. I showed the fans and the world I’m here and I’m one of the best boxers coming from Philadelphia.”

“I’m honored to be fighting at Parx Casino. My hometown fans can watch me in another exciting fight.”

At Thursday’s weigh-in, Sparrow tipped the scale at 128 pounds. Serrano weighed in at 126.3 pounds.

In a clash of unbeaten lightweights, John Joe Nevin will face Alex Torres Rynn in an eight-round bout.

Ryan (6-0, 3 KOs), who is originally from Mexico City and now resides in Calgary, Alberta, Canada, is a four-time Canadian national amateur champion.

Four more fights are scheduled to round out the Joe Hand Promotions card.