Anthony Crolla: ‘Stylistically, Oscar Valdez is the champion I would pick for Scott Quigg’ 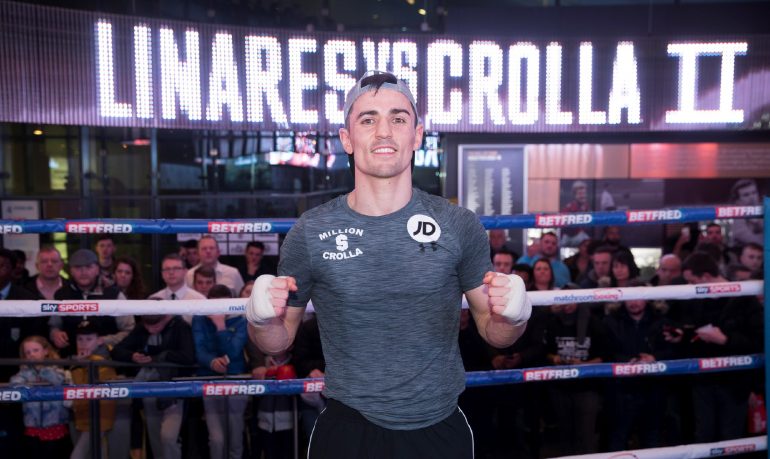 We all love a scrap at the StubHub. Think Israel Vazquez vs. Rafael Marquez, Brandon Rios vs. Mike Alvarado or Tim Bradley vs. Ruslan Provodnikov. Well, this Saturday, fight fans will be hoping for another classic when WBO featherweight titleholder Oscar Valdez and challenger Scott Quigg clash at the huge outdoor arena in Carson, California.

The fighters have sparred in the past and, having spoken to Quigg about those encounters, fans would have shelled out money to see that two-way action regardless of bigger gloves and headgear. Both men have world class artillery, both can punch and both have shown defensive lapses. Translated: This should be all-out war.

Anthony Crolla, the former WBA lightweight titleholder, is a close friend and former stablemate of Quigg. Cards on the table, the affable Englishman was always going to pick his friend to prevail, but Crolla offered some insight into the fight and the type of performance that is required from the challenger. 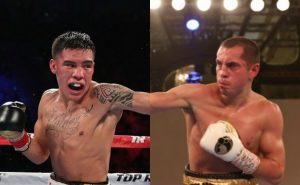 “When you look at all the featherweights, stylistically, Valdez is the champion I would pick for Scott to fight,” revealed Crolla in an interview with RingTV.com. “That’s not being disrespectful to Valdez because he puts his punches together well and, as Scott himself told me, he can really whack.

“But the fact that Valdez is a hard puncher will keep Scott on edge. He’ll know that he can’t afford to get hit as often as he did in his last two fights (against Viorel Simion and Oleg Yefimovych) or it’ll be an early night for him. He’s said himself that he can’t afford to be careless, so I expect him to be a lot more switched on.

“When I look at Valdez, I can see Scott getting his shots off against him. Valdez can be cute and he’s not just a relentless pressure-fighter, but I see Scott having real success. They’re both hard-hitting featherweights so I don’t see it going the distance, but I’m hoping Scott can get to him late. Valdez has been down before.”

Crolla, who is rated No. 5 by THE RING at 135 pounds, has been unable to make the trip and lend support to Quigg. The Manchester man, who is coming off a 12-round unanimous decision victory over former three-weight world titleholder Ricky Burns, is scheduled to appear on the Anthony Joshua-Joseph Parker card in Cardiff, Wales, on March 31. An opponent is yet to be confirmed.