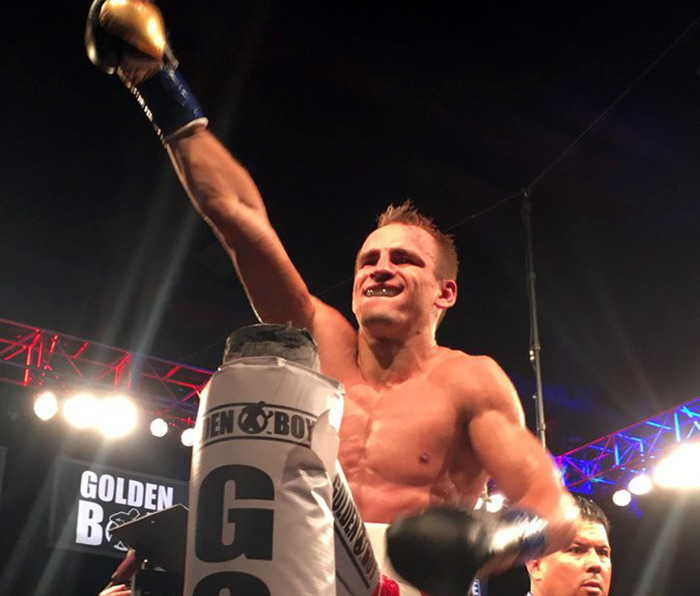 Petr Petrov didn’t hesitate after the call came in earlier this week. When Anthony Yigit, the opponent for undefeated 140-pounder Ivan Baranchyk, fell out, Showtime had to find someone fast to fill the slot. Petrov, a veteran fringe contender, said he would do it.

All the 34-year-old Russian wanted was another chance to prove himself on a big stage. Petrov (38-5-2, 19 knockouts) will be getting it against Baranchyk (17-0, 10 KOs) this Friday on Showtime.

Petrov had two title chances, once losing by KO to Marcos Maidana in September 2011 for the WBA’s “regular” 140-pound title, and then he was defeated via decision by then-WBO lightweight beltholder Terry Flanagan last April — the last time he fought.

Petrov, who’s from Ryazan, Russia yet lives in Madrid, Spain, realizes that he’s fighting for his relevance.

“I was in camp in Los Angeles training for another fight when I got this call,” Petrov said through interpreter/trainer Danny Zamora. “For me, it doesn’t seem like I’ve been off for close to a year because I’ve been training all during this time. Physically, I feel ready. I was getting ready for a fight in March, so I was already in the gym. I feel good. I’ve been fortunate with good, quality sparring.

“I wouldn’t have taken this fight Friday night if I wasn’t ready. There is no doubt that I’m ready.”

Petrov will be the toughest opponent to date that Baranchyk has fought. Baranchyk, who is from Amursk, Russia, though lives in Miami, Oklahoma, has won his last four fights by decision. Prior to that, Baranchyk stopped his previous eight opponents.

Against Flanagan in April 2017, Petrov feels he learned more patience.

“The style that Flanagan had made it a difficult fight,” Petrov said. “I learned you need to be patient. I realize that comes with experience. That’s something I have and my opponent doesn’t have. I know how to deal with certain situations. He doesn’t. Baranchyk is nothing like Flanagan.

“It’s why I say this fight should be no problem. Baranchyk is a fighter who is in front of you. He’s a fighter who is there to be hit and in the middle of the ring, waiting to be hit. It makes my job a lot easier. I’m used to being in the spotlight on national TV.”

Petrov also knows the score for the Baranchyk fight. Petrov, despite the experience needle leaning heavily towards his side, will be the B-side. He knows he’s been brought in here to be a name on Baranchyk’s resume. Petrov was notified Monday, March 5, that he could have the Baranchyk fight if he wanted it.

“I’m going into this to win,” Petrov said. “We’re pushing for two or three times to fight this year, and we want to start with a win.”

“We take fights like this because they’re the kind of fights that places us one step closer to that world title,” Zamora said. “Petr is ready and he’s going to show everyone that he’s still a world-title contender.”