Claressa Shields gets bitten by the acting bug 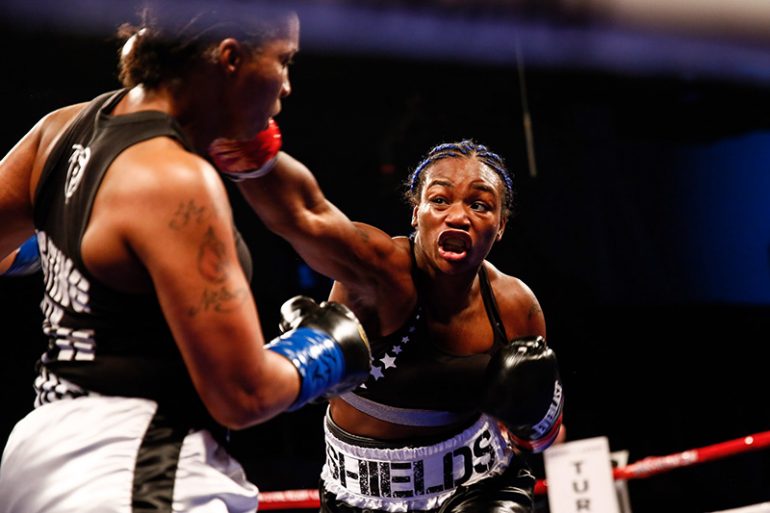 The steps up the ladder are accumulating and this one, well, this one has to be special in that it signifies there is a mass appeal being built, being recognized.

Yeah, Claressa Shields getting herself placed in a commercial short film pushed by big box retailer Walmart and appearing with the esteemed songstress Mary J. Blige will likely stand out, even during this time period in which Shields finds herself regularly enjoying milestones and firsts.

RingTV.com checked in with the Michigan-based boxer, to get all the details about the Walmart shoot, for a 60-second spot which ran during the Oscars telecast on Sunday, and when we will next see her in her more-favored arena, the squared circle.


Proudly presenting an out of this world film created by director Dee Rees. It all begins when #TheWalmartBox arrives. #Oscars pic.twitter.com/OZtoQbRs4h

“The commercial was about a little girl in a box and, in her imagination, she was me, and Mary J. Blige was the bad commander and I the good one,” Shields told me. “I believe it’s just adding to “Black Panther” as in African-Americans or any dark-color race having representation.”

And how did the opportunity for Shields (5-0, 2 knockouts), the IBF/WBC female super middleweight titlist, with those two Olympic golds tucked into her belt for the ages, come about?

“My spot for the commercial was already sealed. The director Dee Rees had been following my career and I know that a lot of people look at me as a superhero and the Wonder Woman for boxing,” said the pugilist advised by Mark Taffet and promoted by Dmitriy Salita.

The shoot took place right after her January 12 fight, which saw Shields dominate Tori Nelson and win a unanimous decision on Showtime. “It was for four eight-hour day shoots and the experience was great! My make-up was lightly put on the way that I like it. The food was OK and everyone was super-nice and followed me on IG! Even the make-up and hair stylist were super-friendly and cheered me on. Dee Rees told me I was a natural and I should take up being an actress seriously.”

And yes, even the rough-and-tumble boxer, age 22, used a body double for stunt work, in case you were wondering.

And after this thespian gig, when is it time for boxing again? “My next fight is April 20 at 160 pounds. It’s time to take over the 160-pound weight class!”

The lady will again be ready for her close-up.