Naoya Inoue to make 118-pound debut vs. Jamie McDonnell on May 25 in Tokyo 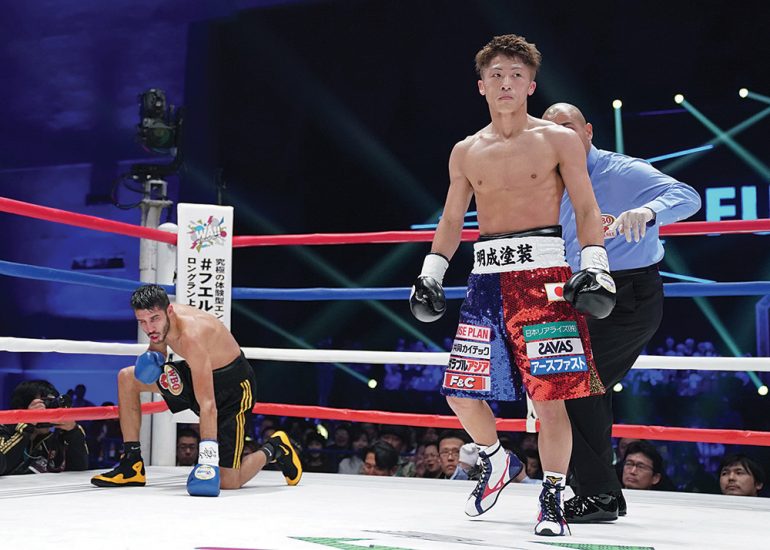 Inoue downed Yoann Boyeaux in his final bout of 2017. Was it his last fight at 115 pounds? Photo / Naoki Fukuda
06
Mar
by Mike Coppinger

The Monster is coming in a new weight class.

Naoya Inoue will make his bantamweight debut against Jamie McDonnell on May 25 in Tokyo, promoter Eddie Hearn announced Tuesday. The Japanese star, who holds a title at junior bantamweight, will be facing one of the best 118 pounders in the world in his first foray at the weight.

McDonnell (29-2-1, 13 knockouts) holds a title, but it’s the WBA’s secondary belt, which THE RING doesn’t recognize. Ryan Burnett is the WBA’s “super” champion. Nevertheless, McDonnell is a formidable and worthy test for Inoue at his new weight.

The 31-year-old Brit hasn’t lost since 2008. He strung together two wins over Tomoki Kameda in the U.S., and most recently, narrowly outpointed Liborio Solis before a no decision in the November rematch. Despite his recent success, McDonnell will be a heavy underdog against Inoue, who is a star in Japan.

Inoue (15-0, 13 KOs) made his American TV debut in the first iteration of HBO’s Superfly card in September with an impressive destruction of Antonio Nieves, and all of Inoue’s vast skills were on display: a dedicated body attack, combination punching, speed and ring smarts.

The 24-year-old is THE RING’s No. 8 pound-for-pound fighter, and as he seeks dominance in a third weight class, his stock on that list only figures to rise.