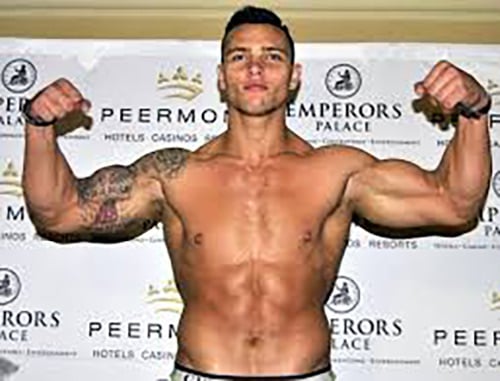 Cruiserweight contender Kevin Lerena is awaiting an opportunity to fight for a world title belt. In the meantime, he continues to rack up victories over solid opposition. Lerena (20-1, 9 knockouts) won a 12-round unanimous decision over former contender Dmytro Kucher Saturday night at the Emperors Palace in Kempton Park, South Africa.

The resident of nearby Johannesburg was the quicker of the two fighters, effectively outboxing Kucher from the opening round. Kucher attempted to walk Lerena down, but Lerena effectively landed lead or counter left hands to the head of Kucher.

Kucher let his hands go more by the middle rounds, finding some success. Lerena mixed his attack during the second half of the fight, throwing and landing both hands to the body.

Lerena had not fought since September 9, when he won a 12-round split decision over Youri Kalenga. The 25-year-old southpaw is ranked among the top 10 by three of boxing’s major sanctioning bodies and is currently rated No. 10 by THE RING, but he may climb the magazine’s rankings with Saturday’s victory.

“I knew (Kucher) was tough,” said Lerena, who is trained by Peter Smith. “He’s a tough man. I thought I had him hurt, but he made he work tonight. Kucher was applying a lot of pressure, but he was missing. I’m very grateful the judges scored it my favor, because I really worked hard in this fight.

The card was promoted by Rodney Berman.

Francisco A. Salazar has written for RingTV.com since October of 2013 and has covered boxing in Southern California and abroad since 2000. Francisco also covers boxing for the Ventura County (Calif.) Star newspaper, Boxingscene.com, and FightNights.com. He can be reached by email at FSalazarBoxing and on Twitter at FSalazarBoxing