Dmitry Bivol and Sergey Kovalev keep their end of the bargain 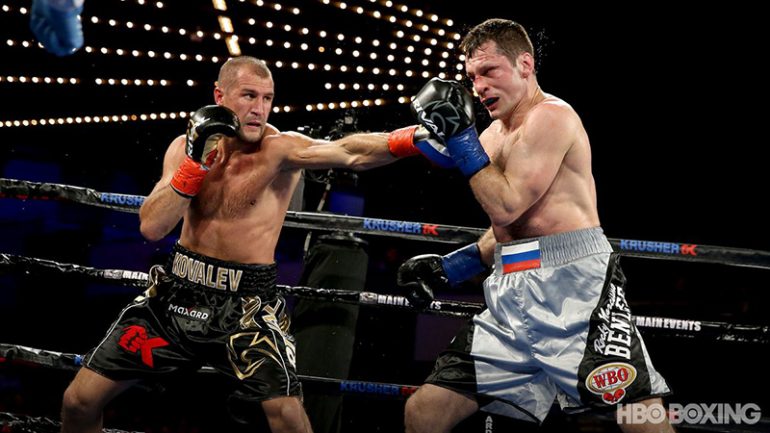 NEW YORK, N.Y. – The puzzle in this mix of a highly contested light heavyweight title picture was partly answered Saturday night at the Theatre at Madison Square Garden. Dmitry Bivol and Sergey Kovalev were convincing in retaining their WBA and WBO titles and now their U.S. promoter, Main Events, will decide what is next.

Bivol, THE RING’s No. 6 contender, took every round but the 10th before stopping the tough challenge of Sullivan Barrera, RING’s No. 7-rated light heavyweight. For Kovalev, the magazine’s No. 1-rated 175 pounder, it seemed easy in also taking every round but one before cuts forced referee Steve Willis to put an end to the bout at 2:25 of the seventh round.

Now the question will be answered at some point as to how to complete the puzzle towards a title unification bout that could lead to a showdown between Kovalev and Bivol. And with Andre Ward a recently retired two-time champion, who defeated Kovalev twice and hinting about a comeback ,the division could get more complicated. Kovalev lost to Ward twice and in November regained the WBO title with a convincing second-round stoppage over Vyacheslav Shabranskyy at the Garden.

So where is this puzzle headed with two of the premiere light heavyweights in the division? More so, would a Kovalev and Bivol unification bout be the one that boxing fans buy and have that appeal?

Kovalev said after his victory, “ I am always looking for the big fight.” That could be with Bivol who is attempting to take his style for that appeal outside of St. Petersburg, Russia. Main Events has a working agreement with the Garden and Biviol-Kovalev could be the headline there as soon as September. 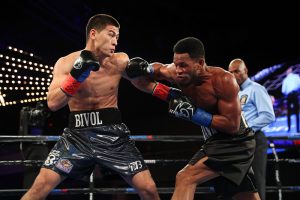 Again that requires a sell and both fighters did nothing to convince fans that this would be a mega fight. Bivol (13-0, 11 knockouts), who had a successful amateur career, was cut over the right eye in the second round and that did not hinder his effort. Barrera got his title shot and felt the opportunity was better against Bivol and bypassed Kovalev.

Either way, the puzzle will soon be solved. It’s a matter of unifying the titles and neither winner hinted what was next.

Kovalev was only talking about fighting with the best, more so for the lucrative purse. “This was better work than the last fight for sure,” he said. “I don’t think about that right now,” he said about another possible meeting with Ward.

So where does this puzzle go to determine who reigns as the best light heavyweight? Based on the outcomes at the Garden that will still be determined. But for now, with Ward a retired fighter, fans need at least one unification bout to figure that out, and Kovalev-Bivol sounds pretty good.