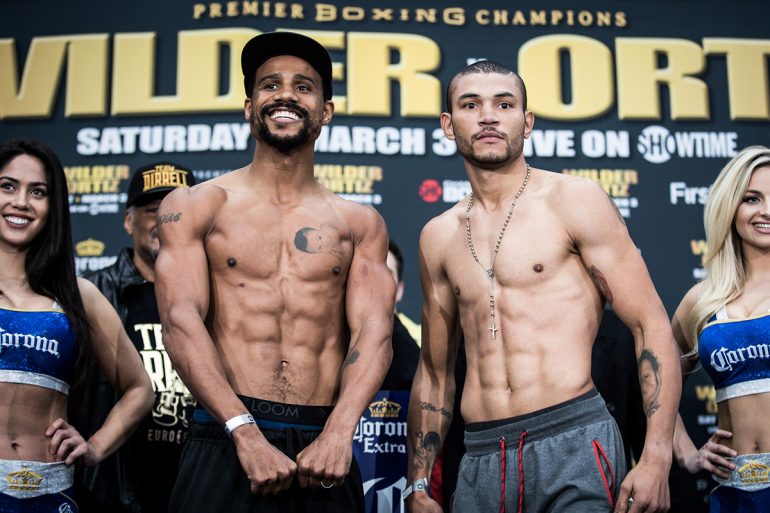 NEW YORK – The bizarre circumstances surrounding their first fight were difficult to top, but Andre Dirrell and Jose Uzcategui nearly topped it by not getting in the ring at all.

A few minutes after their rematch was scheduled to open the Showtime broadcast at 9 PM, a media representative for the promotion informed reporters ringside at the Barclays Center in Brooklyn, N.Y. that there was a “non-PED issue” involving the color of his urine that had medics concerned.

It wasn’t until 9:23 that Uzcategui was cleared to fight, and it was determined that a vitamin B-12 shot, and not kidney damage, was the reason his urine was discolored, the show’s promoter Lou DiBella said.

Once the fighters were in the ring, the drama quickly disappeared, and so too did any doubt about the outcome as Uzcategui beat Dirrell around the ring before cornerman Jacob “Stitch” Duran informed officials that his man wouldn’t be continuing. The fight was officially stopped at the two-second mark of the ninth.

“I was a little surprised they stopped it in the eighth. I had said it would be the third round that I would knock him out. It took a little longer, but it finally came,” said the 27-year-old Uzcategui, who rises to 27-2 (23 knockouts) and wins the interim IBF super middleweight title.

The interim title lines him up for a shot at IBF belt holder Caleb Truax, and Uzcategui says he’s already looking ahead to facing WBC title claimant David Benavidez afterwards.

The loss drops the 34-year-old Dirrell to 26-3 (16 knockouts) in his career, casting into doubt the 2004 Olympic silver medalist’s future in the sport.

“The way it was going I needed to at least pick it up. I felt a little sluggish and he hit all the right shots. None of them really hurt, but he hit me where he was supposed to,” said Dirrell.

“My family, my team and me will make a decision about what’s next, but we’ll soon find out.”

Dirrell, who was working with new trainer Virgil Hunter, took more punishment early in the fight than he had in any previous losses, getting rocked in the second on a straight right between the guard, and appearing to go down near the end of the third from a combination along the ropes.

Gone was the snap in his punches and the movement in his legs, leaving him a sitting target for the heavy-handed Azcategui.

Azcategui, a Venezuela native now residing in Mexico, pressured Dirrell from the outset, and appeared entirely alienated from any pressure between rounds as he walked around and danced to the music after receiving short instructions.

With Dirrell’s energy sapped and his face misshapen from punches, Uzcategui pushed for a knockout in the eighth, sending him to the ropes with nonstop punches and getting around the guard with left hooks.

The fight was a rematch of their fight in May of 2017, when Uzcategui was disqualified for knocking Dirrell down after the bell to end the eighth round. The post-fight was marred by Dirrell’s former trainer Leon Lawson Jr. sucker-punching Uzcategui. Lawson Jr. was suspended indefinitely by the Maryland commission following the incident.