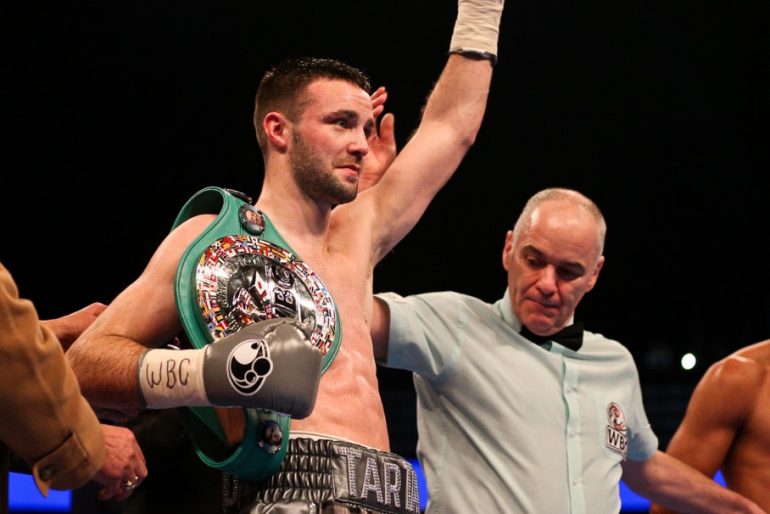 It was never going to end well for Winston Campos. The wiry Nicaraguan accepted a fight with one of the best junior welterweights in the world on six days’ notice. He arrived in Scotland which, with the recent snowfall, looked more like Siberia and was then made to feel about as welcome as a hangover.

And then the bell rang.

In a battle of left-handers, unbeaten Scotsman Josh Taylor did what was expected and blasted his way through Campos, posting a third-round technical knockout at the SSE Hydro on Saturday. The official time was 0:44.

Taylor, who is rated No. 8 by THE RING at 140 pounds, smashed Campos to the canvas on three occasions, twice in the second and once in the third. Referee Victor Loughlin waved the fight off as an act of mercy when Campos looked like he would rather be anywhere else in the world than Glasgow.

The first round was telling in that Taylor just looked so much stronger. If he wasn’t backing Campos off with rapier bursts, he was throwing his man around like a rag doll. The fiery Scotsman looked desperate for a fight, but he wasn’t going to get one.

A huge right hook dazed Campos badly in Round 2 and a follow-up left hand put him over. The visitor tried to buy time, but Taylor smelled blood and bundled him over with another quick combination to the head. Taylor beckoned Campos to rise and he did, halfheartedly, but the fight was essentially over.

The decisive knockdown occurred early in Round 3 and Taylor looked disappointed that his shift had ended.

Taylor was originally scheduled to face former two-weight world titleholder Humberto Soto, but the Mexico native was badly cut in sparring and subsequently pulled out. Full credit to Campos for filling the void because he earned his money the hard way. This sport is all about levels and there was a significant talent gap between the pair.

With Taylor’s rapid ascent, there aren’t too many obstacles to clear before the Edinburgh man faces the very best in his division.