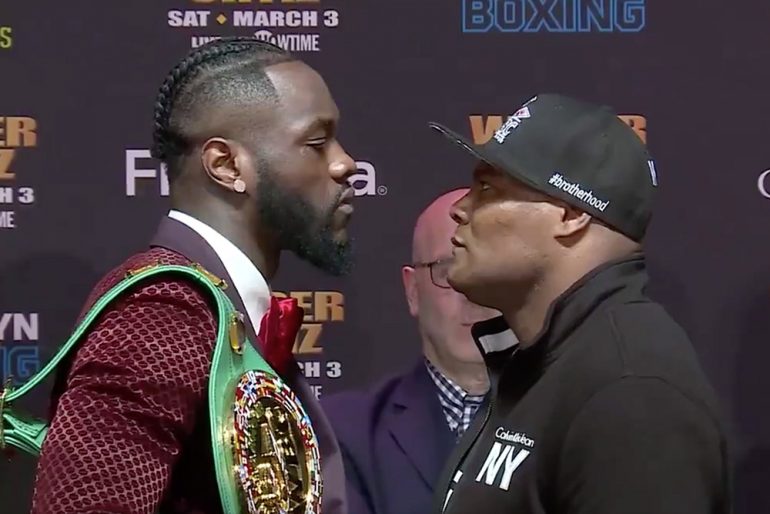 Deontay Wilder, already a trim and lean heavyweight, came in even lighter than usual ahead of his toughest assignment yet.

In his seven heavyweight title fights, Wilder’s weight has fluctuated from 219 pounds when he defeated Bermane for the title in January 2015 to 228.75. For his highly anticipated heavyweight title defense against Luis Ortiz, set for Saturday in Brooklyn, New York, Wilder came in at just 214.75 pounds, his lowest weight since his third pro fight, when he was 214.5.

Perhaps Wilder consciously dropped down to increase speed, which he’ll need plenty of to fend of the Cuban puncher, who is a feared punched and skill boxer, but also a plodder at 38 years old.

Ortiz, who is set for his first heavyweight title fight, weighed 241.25 pounds for the Showtime main event.

In the co-feature, Andre Dirrell and Jose Uzcategui will meet in a rematch of their controversial fall bout. Dirrell was 167.75 pounds, while Uzcategui weighed 166.