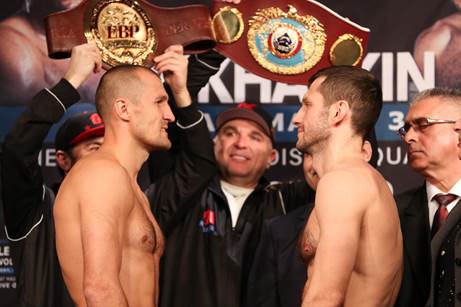 The loaded light heavyweight division will be on display Saturday in New York, and all four fighters jockeying for position made weight Friday.

Sergey Kovalev, THE RING’s No. 4 pound-for-pound fighter, weighed a shade under the limit at 174.6 pounds. His WBO title will be on the line against Igor Mikhalkin, who came in light at 172.6.

In the co-feature, fast-rising titleholder Dmitry Bivol will defend his strap against Sullivan Barrera, whose only loss came to Andre Ward in 2016.

The HBO telecast kicks off at 10:05 p.m. ET from the Theater at Madison Square Garden. 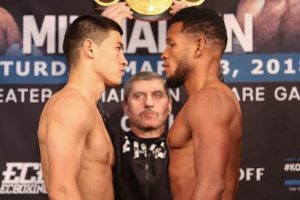