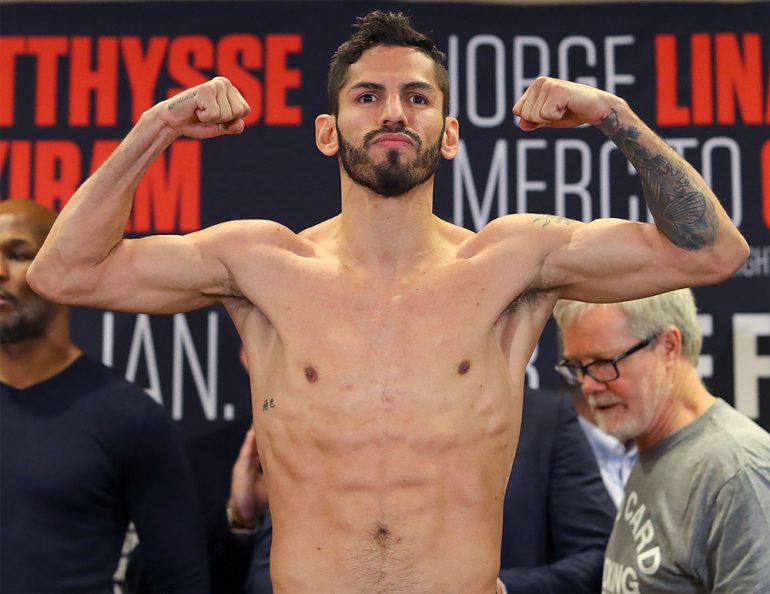 NORWALK, Calif. — Once left for dead, it now appears the Jorge Linares-Vasyl Lomachenko talks will reach the finish line.

The one hold-up was the proposed date, May 12 on ESPN. Top Rank CEO Bob Arum insisted Lomachenko was fighting on that date, with or without Linares as the opponent.

Golden Boy, which co-promotes Linares, contended that May 12 didn’t work because that’s when HBO would air the Canelo-GGG rematch replay, coupled with a live fight, probably Sadam Ali against Liam Smith.

“The solution was relatively easy: ESPN moved the time that it starts the show,” Arum told RingTV.com on Thursday at Legendz Boxing Gym, where Oscar Valdez and Jose Ramirez held their media day. “I always knew that if everybody was in good faith we could go a long way to solve the problem.

“And everybody decided instead of looking why it couldn’t happen, how could it happen to benefit everybody. They have an SEC women’s softball game that they have to move, which they’re doing. They’re moving [it].”

Arum says the ESPN telecast of Linares-Lomachenko will lead right into HBO’s program, with the show even being promoted on the Worldwide Leader in sports. “That’s a great lead-in for HBO,” the hall of famer promoter said. “It’s a win-win. So everybody realized that.”

The matchup between Linares and Lomachenko is a highly anticipated one, a fight Arum hopes will sell out New York’s Madison Square Garden. Top Rank has been utilizing the much-smaller theater for most of its recent shows, but Linares-Lomachenko will head to the big room, which holds about 20,000.

It will mark the lightweight debut of Lomachenko, THE RING’s No. 3 pound-for-pound fighter. The 30-year-old Ukranian reigned over 126 pounds and 130, and now he’s ready to dominate another weight class. And he’s starting off with a bout against the ruler of 135 pounds, THE RING’s lightweight champion, Linares.

Lomachenko (10-1, 8 knockouts) forced Guillermo Rigondeaux to quit in December, but Linares (44-3, 27 KOs) is a much bigger, more athletic fighter. The 32-year-old Venezuelan hasn’t lost since 2012, and most recently, he thoroughly outpoined Mercito Gesta in January.

“It’s not done until it’s done,” Arum said, “but everyone is proceeding with the hope that it’s going to happen.”

And it won’t be done, Golden Boy president Eric Gomez told RingTV.com, until Arum or Top Rank president Todd duBoef picks up the phone and calls him. Though major deal points are agreed to for the fight, including the purses for the fighters, there are still other arrangements to be made, such as who receives first billing, the sanctioning fees involved in challenge for Linares’ WBA title, etc.