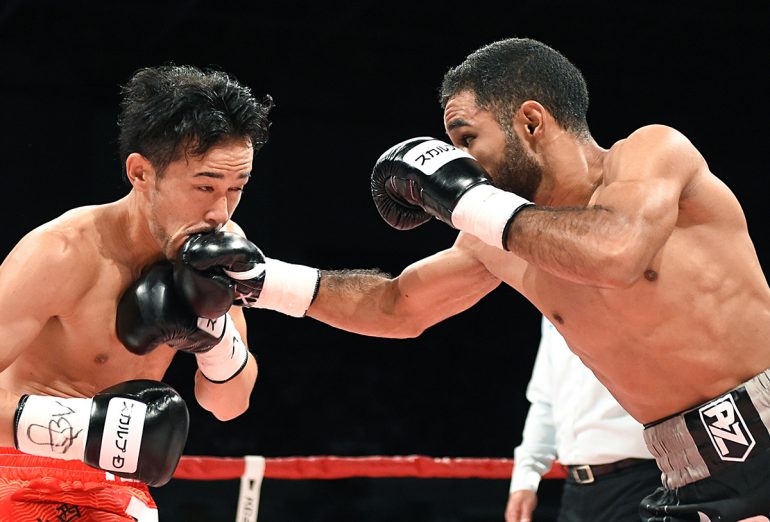 Mexican lefty Luis Nery scored a brutal second-round stoppage of Shinsuke Yamanaka at the Ryogoku Kokugikan Sports Arena in Tokyo, Japan, on Friday, improving upon his fourth-round destruction of the former champion last August. The official time was 1:03.

The unbeaten Nery (26-0, 20 knockouts) ended the fight with a crushing right hook to the jaw which left the stricken Japanese star flat on his back. As was the case in fight one, Yamanaka simply could not deal with his opponent’s offense and found himself on the canvas four times in total.

The bout was originally to be contested for Nery’s WBC title, but the 23-year-old boxer-puncher forfeited his strap on the scales after weighing in three pounds over the division limit of 118 pounds. The belt was on the line for Yamanaka only, but the former pound-for-pound entrant didn’t have a prayer.

A straight left decked Yamanaka (27-2-2, 19 KOs) in Round 1 and the writing was on the wall. The Japanese southpaw rose bravely, but Nery had his number and brought the same vaunted hand speed and aggressiveness into the second session. Another huge left hand dropped Yamanaka early in the round and he was so shaken that a right jab got him over for the third knockdown.

The finish was clinical and decisive.

Nery should be an established star by this point, but both wins over Yamanaka are beyond questionable. After dethroning the Japanese star last year, Nery failed a post-fight drug test when he tested positive for a banned substance (Zilpaterol). This time around, the Mexican contender let himself down on the scales.

This will likely be the end for Yamanaka, who made 12 successful title defenses of his title over a six-year span.