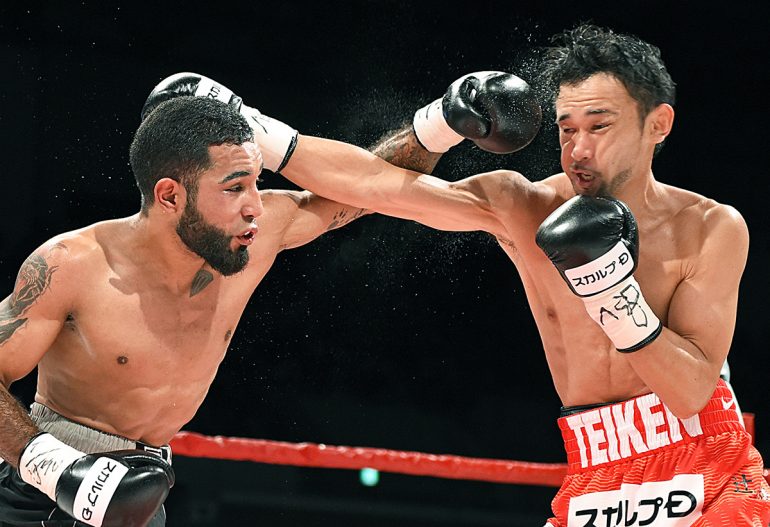 Luis Nery is no longer a titleholder, but soon, Shinsuke Yamanaka might be.

Nery was set to defend his WBC bantamweight title Thursday — the same one he won from Yamanaka via fourth-round stoppage in August — but the Mexican weighed 121 pounds Wednesday, three over the 118-pound limit. He was stripped of his title, but the fight will go on, and if Yamanaka wins, he’ll once again become champion. If he loses, the title will be vacant.

According to ESPN Deportes, Nery’s weight can’t exceed 128 pounds at a same-day weigh-in set for Thursday at noon Tokyo time, where the 35-year-old Japanese star (117.5 pounds) will bid to reclaim what’s his.

“I will fight with my heart, for my family, for my country, for honor,” said Yamanaka, per BoxingScene.com. “I cannot resign myself to see my belt on the other side of the table with the Mexican. On Thursday, I will recover it.”

Nery (25-0, 19 KOs) tested positive for the banned substance Zilpaterol ahead of his TKO victory over Yamanaka, but the 23-year-old claimed the result was due to contaminated meat consumed in Mexico. The WBC allowed Nery to retain the title but ordered a rematch, which lured Yamanaka out of a brief retirement.

Yamanaka (27-1-2, 19 KOs) was reinstated as THE RING’s bantamweight champion after the positive test result was revealed, and Nery was removed from the ratings. So Nery also won’t be able to regain THE RING title he once briefly held.

And now, he’s lost his WBC title, too.

“I’m better prepared, with more motivation,” he said. “The only plan I have is to knock Yamanaka out again.”