Deejay Kriel: ‘I will beat whoever they put in front of me to become champion’ 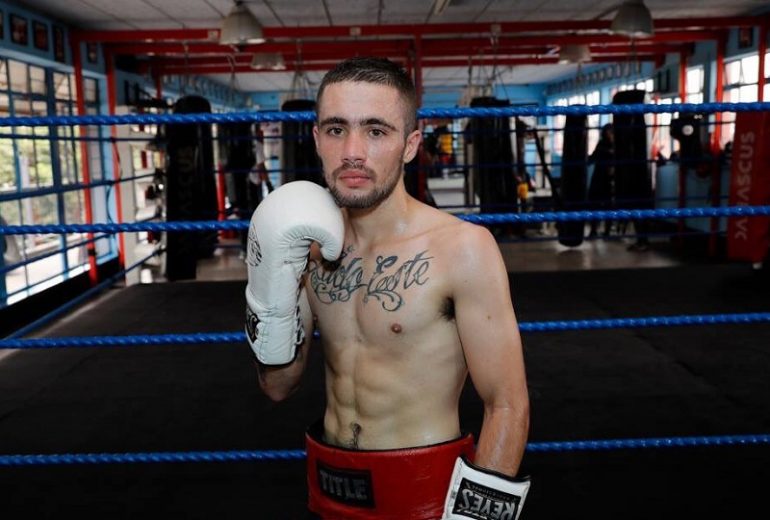 Kriel (13-1-1, 6 knockouts) is looking to successfully defend a WBC regional title he won last summer for the first time.

“I’m just happy to be getting a chance to fight and defend my title,” Kriel told RingTV.com. “(Magusha)’s a tough opponent and I know he will bring a good fight.”

The 22-year-old fought Magusha (10-2-1, 5 KOs) last April and won a hard-fought, unanimous decision. Since then both men have each won two fights.

“I know he will be fit and bring a hard fight,” said Kriel, “but I’m ready for whatever they bring. We’ve been working hard and making sure we come out with the victory.”

Kriel had just three amateur fights and lost them all but when he decided to turn pro, he enlisted Colin Nathan, who also trains former world champions Hekkie Budler and Moruti Mthalane.

Working with a top trainer and high-level fighters have brought out the best in the youngster.

“Sparring with these two champions is always great,” he said. “I’m always learning from them and I believe you train with the best, you will become the best.”

Kriel has impressed Nathan, who also manages him: “(Kriel has) grown as a fighter, shown character too. He has always worked hard and, since he has progressed from the four and six-rounders, the longer distance and duration, he has shown just how much he has developed.”

The former subject of a New Faces feature at RingTV.com is currently ranked No. 11 by the WBA and No. 12 by the WBC at strawweight. A victory could see him advance further in the ratings.

Kriel is keen to keep testing himself and has his eye on one fighter in particular in boxing’s lightest weight class.

“I’m always ready for anything so, as soon as the opportunity comes, I’ll be ready,” he said. “It’s my dream to become a world champion and that’s my goal I’ve set and I know I will beat whoever they put in front of me to do it.

“My favorite organization is the WBC, so, in my way to becoming the world champion would be Wanheng Menayothin, so all he must know is I’m coming.”