Canelo: I won’t be a jackass and come forward vs. GGG, Abel Sanchez says idiotic things 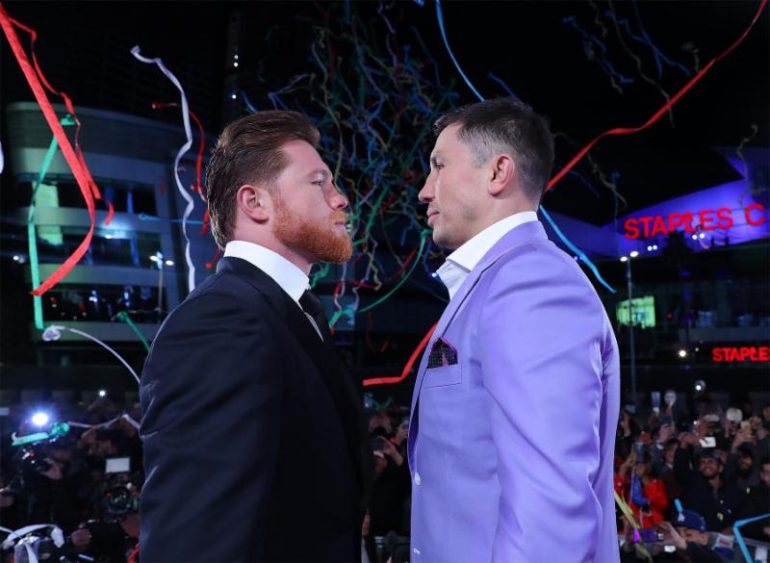 LOS ANGELES — Since Canelo Alvarez and Gennady Golovkin battled for 12 grueling rounds in September, each man has unsurprisingly maintained they were the rightful winner.

And after the fight ended in a controversial draw, they’ll have the chance to leave no doubt who the ruler of the middleweight division is when they meet again May 5.

GGG’s trainer said at a media roundtable Tuesday at L.A. Live that he was disappointed in Canelo’s style in the first fight, saying the Mexican star “ran.”

“I talked to (Michael) Jordan about making some shoes that are a little faster for him so maybe we can catch him,” Sanchez joked, referring to the athletic brand which Golovkin is signed to. “I hope for the fans he puts on the kind of fight that he said he was going to do the first time and they say he’s going to do the second time.

“I’m not saying go toe-to-toe with Gennady. I’m saying to at least be there and throwing punches with the intent of trying to knock him out instead of throwing punches in desperation, which is what he did in the last part of the fight. He threw three or four shots just to look flashy for the judges and then he moved.”

When Alvarez caught wind of the comments, he smirked. After all, there was plenty of action throughout the fight. Sure, Golovkin was the aggressor, but Canelo was an effective counter-puncher. He wasn’t stalking Golovkin, but he was punching while moving backward and laterally, and the 27-year-old was miffed by the comments.

“Look, I did what I had to do,” said Alvarez, THE RING’s middleweight champion, with Golden Boy Promotions matchmaker Robert Diaz providing the translation. “I did what I planned out to do. I went in there, I out-boxed him, I laid on the ropes, I made him miss. I controlled the center of the ring.

“I’m a technical fighter that knows how to make a fighter miss, that knows how to counter-punch, not just a jackass coming forward throwing punches and being hit. I hope he goes home tonight and really thinks of what he says because all he’s saying is stupid, idiotic things.”