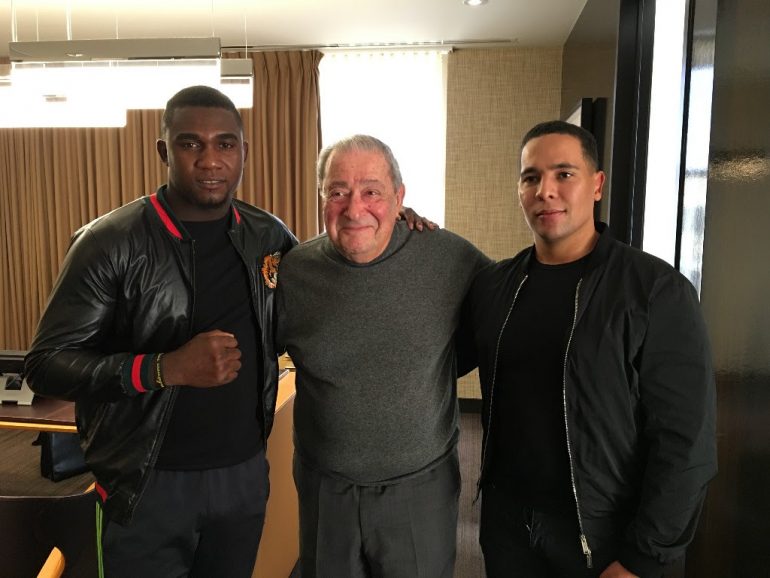 Top Rank is beefing up its stable in boxing’s best division.

“Today is a big day in my professional career,” said Adames (13-0, 11 knockouts). “Today I’m taking a big step. I believe Top Rank is the perfect match for me. They have the track record and the experience to guide me and help me fulfill my dreams. I want to be a world champion.

“I want to be the best welterweight fighter in the world and to get there I want to battle against the best fighters the welterweight division has to offer. I believe in myself, and I know I have the abilities necessary to beat the best.”

With Top Rank’s deal with ESPN, Adames will have the opportunity to showcase his power-punching on the biggest possible platform. At 5-foot-11, Adames possesses tremendous height for a 147-pounder, and has the amateur pedigree to boot.

Top Rank’s stable at welterweight includes Crawford, who will debut at 147 pounds next month, Jeff Horn, who will defend his title against “Bud,” along with the great Manny Pacquiao and Egidijus Kavaliauskas, who knocked out David Avanesyan earlier this month. Now, you can add Adames to the list.

“Carlos is clearly a 5-Star, Division I recruit and a prospect who is ready to break out in the talent-filled welterweight division,” said Top Rank vice president Carl Moretti. “All of us at Top Rank along with his manager Jorge Herasme can’t wait to catapult him to the next level. Carlos’s exciting all gas, no brakes style of fighting will resonate with all boxing fans.”