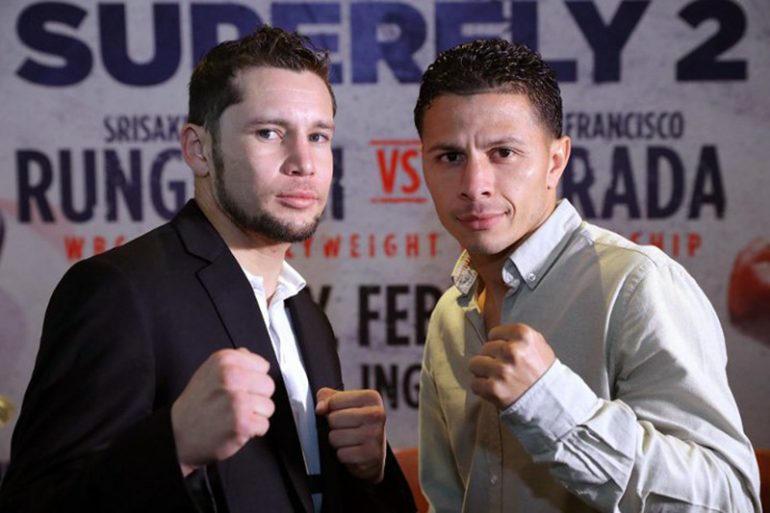 The HBO-televised fight was the co-featured bout to the “SuperFly2” main event of Srisaket Sor Rungvisai-Juan Francisco Estrada on Saturday at The Forum in Inglewood, California.

Both veterans are world-class boxers — Cuadras (36-3-1, 27 knockouts) is an athletic stick-and-mover and Arroyo is a solid technician with underrated power — so their fight figured to be more of a chess match than the war that was expected of the main event, but they meshed well once the bell rang.

Cuadras, the braggadocious crowd favorite from Mexico, set a fast pace in the opening round, moving in and out with a busy jab. However, his activity was met with steely aggression from mild-mannered Arroyo, the visiting fighter from Puerto Rico, who hurt the Abel Sanchez-trained personality with a cross-hook combination before the bell.

Cuadras returned the favor in Round 2, rocking Arroyo with a right cross. And so it went, the two world-class veterans going tit for tat in every round. When one fighter had a strong round, the other took control in the following round. Cuadras did it by outworking the Puerto Rican Olympian. Arroyo did it with accurate power punching, and two of the three official judges awarded him for his effective aggression.

It’s an impressive stat given Arroyo’s inactivity and the quality of his opponent.

“People underestimate me because I haven’t fought in two years, but I’m always in the gym and always prepared to fight,” said Arroyo, who gave Roman Gonzalez a good fight in a failed bid for THE RING/WBC flyweight titles in the same arena in 2016.

“When the opportunity came to fight Carlos Cuadras I knew I was ready and I knew I would win. I want now to fight the winner of the main event tonight, whether it’s Estrada or Rungvisai, and I’ll beat them also and show I’m the best fighter in the division.”