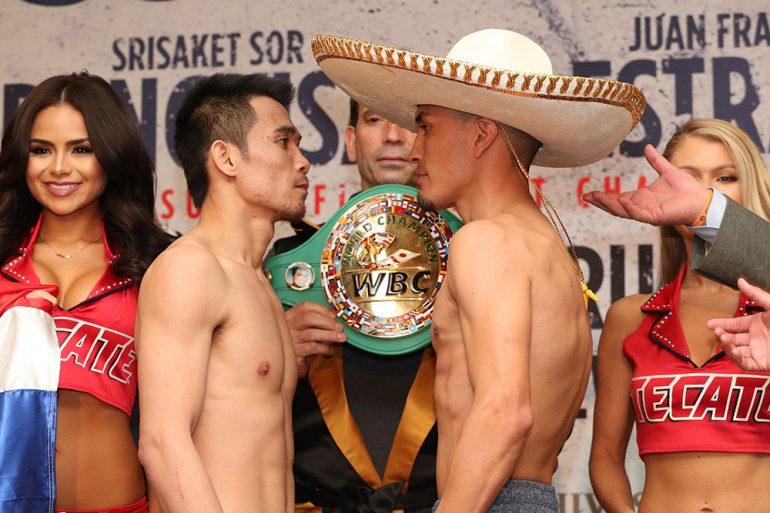 Srisaket Sor Rungvisai and Juan Francisco Estrada are ready to battle it out for junior bantamweight supremacy.

The Thai fighter tipped the scales at 114.8 pounds Friday, while Estrada weighed in at the 115-pound limit. They’ll duke it out Saturday for THE RING’s vacant junior bantamweight championship.

All the little guys on the HBO undercard made weight ahead of Saturday’s highly anticipated follow-up to “Superfly,” when Rungvisai laid waste to Roman Gonzalez in a candidate for Knockout of the Year.

Carlos Cuadras weighed 114.6 pounds, with his opponent, McWilliams Arroyo, coming in a shade lighter at 114.2.

In the opener, THE RING’s top 112-pounder made weight for his title defense on his Dustin attempt, but his opponent did not. Donnie Nietes weighed 111.6 pounds. Juan Carlos Reveco stripped nude and was two tenths of a pound over the limit, but he later returned and was 112 on the dot.

And in a fight that will be streamed live on RingTV.com, Brian Viloria and Artem Dalakian each weighed 111.4 pounds ahead of their battle for the vacant WBA flyweight title. 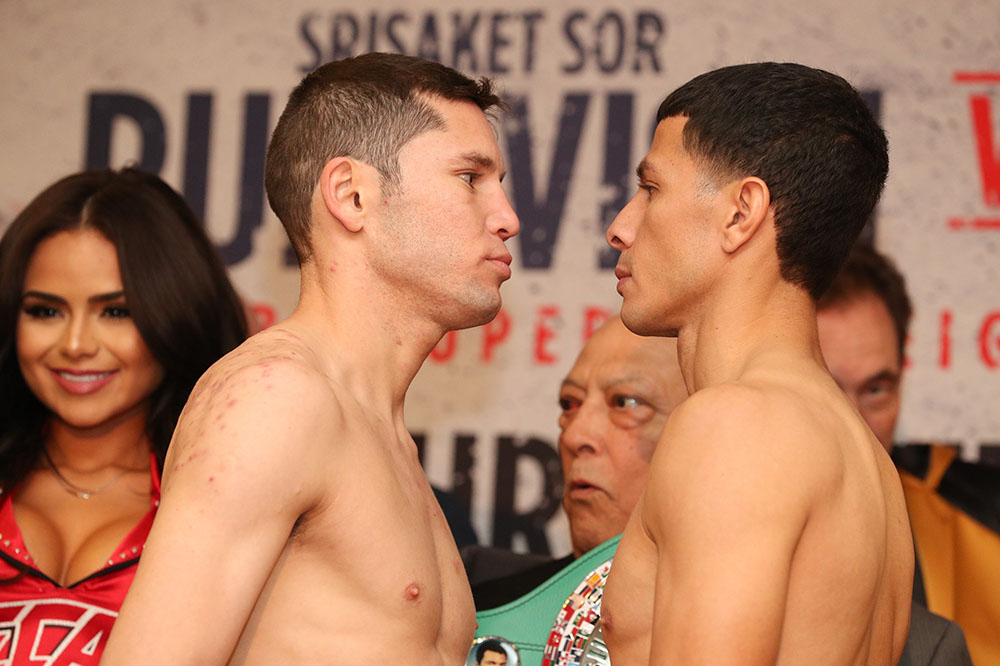 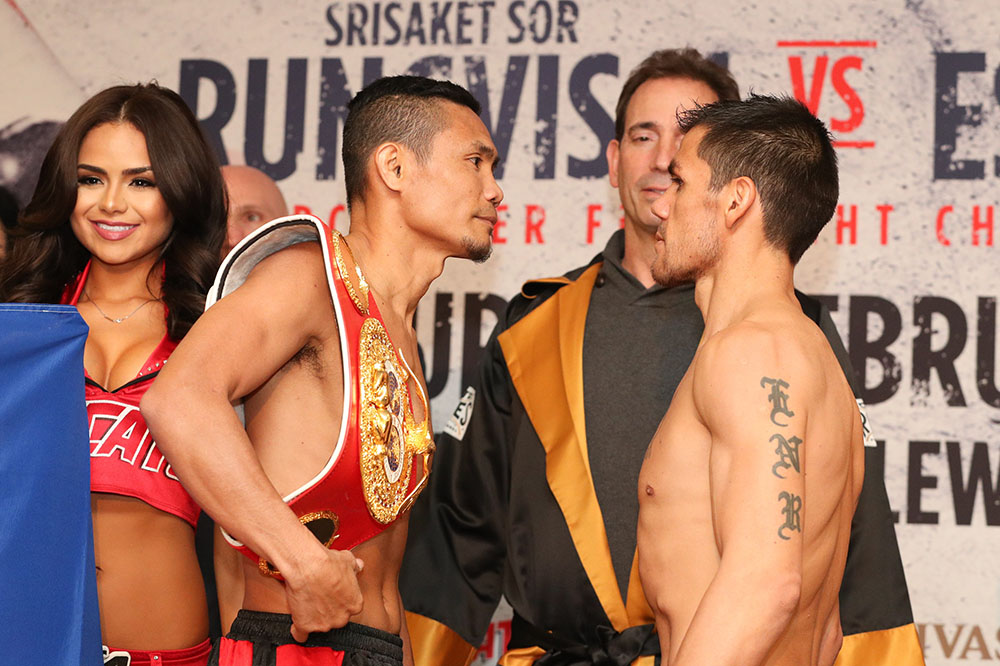 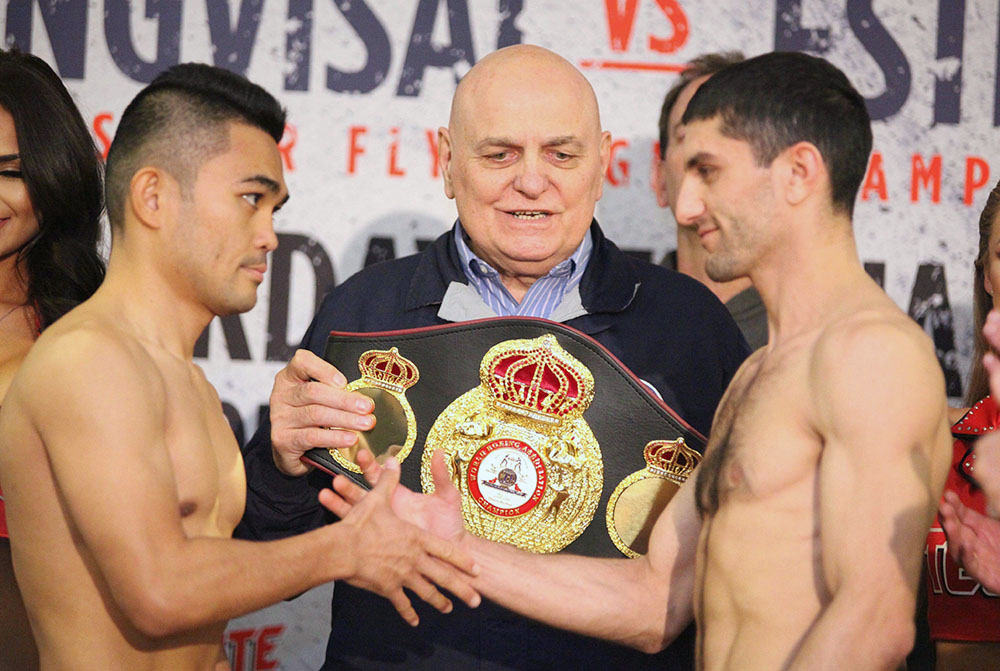