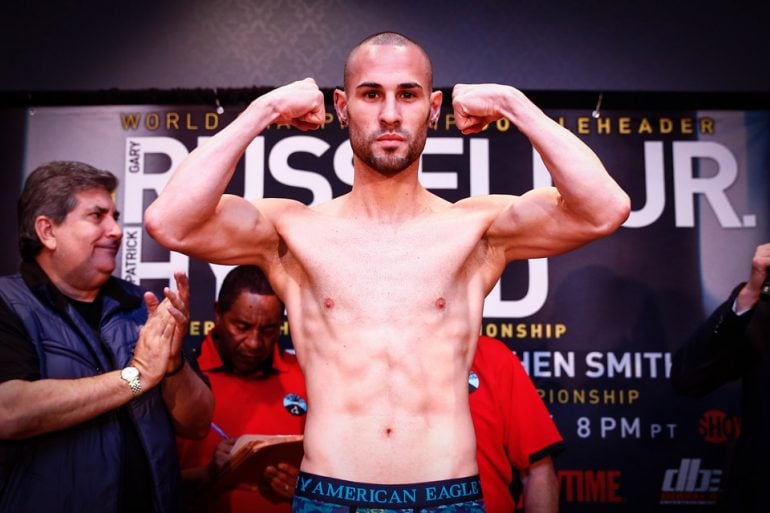 Jose Pedraza hasn’t competed since he lost his title, but now he’s ready to chase championship status in a new weight class.

Pedraza will move up to lightweight, his co-manager Mike Leanardi told RingTV.com, and the Puerto Rican is now a promotional free agent after years with Gary Shaw, Lou DiBella and Javier Bustillo.

Pedraza held the IBF junor lightweight title, and successfully defended it with a decision over Stephen Smith, but that would be last time he exited the ring with his belt. He was stopped by Gervonta Davis in January 2017 but now he’s set to return to the ring, just five pounds heavier.

“I feel pleased because I can pick up my career and negotiate with other promoters to get a fresh start,” Pedraza (22-1, 12 knockouts) told RingTV.com. “After one year of inactivity I am well-rested but I am anxious to get back in the ring. I’m happy that my team Rick Torres and Mike Leanardi were able to secure my release and I hope to fight very soon.”

Learnardi is working to find a promoter for Pedraza, the sharp-punching fighter with a deep amateur background. “The Sniper” represented Puerto Rico at the 2008 Olympic Games, and then his success carried over to the pros. But Leanardi feels there’s still far more in Pedraza to be delivered.

“At only 28, we still think the best is yet to come for Jose,” Leanardi said. ” … His last couple fights he really struggled to make 130 and he’ll be stronger at 135. After a tune-up fight or two, we’ll be looking to make the biggest fights possible to get back into title contention.”