Nieky Holzken: ‘Expect the unexpected. I am here to beat Callum Smith’ 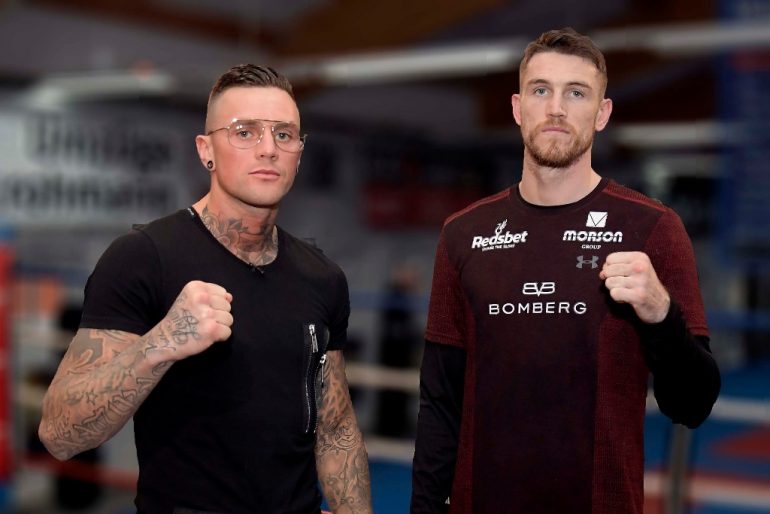 Super middleweights Callum Smith and Nieky Holzken faced off for the first time at a media workout before their World Boxing Super Series semi-final at the Arena Nürnberger Versicherung in Nuremberg, Germany, on Saturday.

Smith, who is rated No. 3 by THE RING at 168 pounds, was scheduled to face former light heavyweight titleholder Juergen Braehmer, who was pulled from the tournament on Monday due to illness.

The 34-year-old Holzken, from the Netherlands, dutifully stepped in at late notice and is intent on tearing up the script in his WBSS debut.

“I am stepping up to meet one of the big guys in the super middleweight division,” said Holzken. “But the fans can expect the unexpected on Saturday. I am here to beat Callum Smith.”

After weeks of southpaw sparring to prepare himself for Braehmer, Smith now faces an orthodox opponent with a completely different skillset.

“Holzken looks like a good fighter,” said Smith, after watching the Dutchman during the workout.

“It really doesn’t matter who I am facing on Saturday. I wasn’t happy about my performance against Erik Skoglund in the quarter-final. This time I will make a statement, not only to the boxing fans, but also to George Groves. I want to put on a good show on Saturday.”

The winner of Saturday’s bout will face WBA super middleweight titleholder George Groves, who defeated Chris Eubank Jr. on Saturday, in the final.