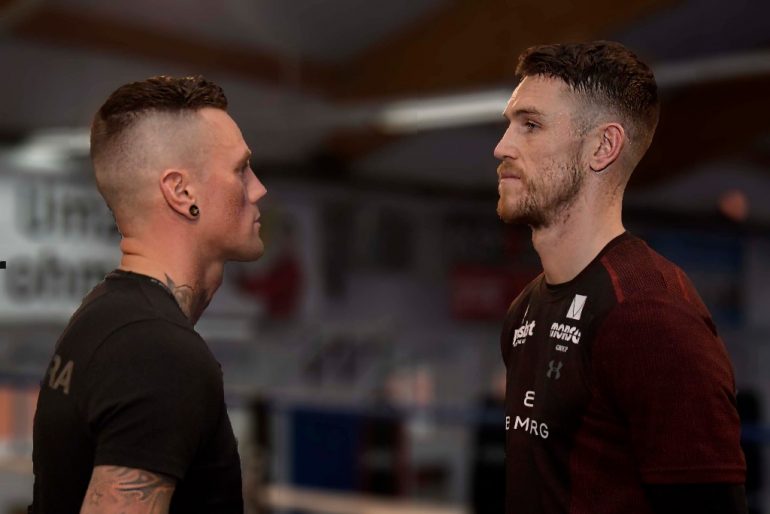 Where do I start?

My plan was bulletproof. Attend the George Groves-Chris Eubank Jr. World Boxing Super Series semi-final in Manchester, England. On the way home, take a half-hour drive to Bolton and interview one of the other semi-finalists, Callum Smith. And, finally, provide you guys with a tidy exclusive.

Alas, it was not to be. Yesterday, Smith’s opponent, Juergen Braehmer, the former WBO light heavyweight titleholder, pulled out of Saturday’s matchup due to illness. A late-replacement, the unknown Nieky Holzken, has now been drafted in to face Smith in Nuremberg, Germany, and 75 per cent of my interview has hit the cutting room floor.

However, the show must go on. No sport is more unpredictable than boxing and adapting quickly will be second-nature to Smith. The Englishman and his team will have gone through a rough couple of hours, but the paramount focus – now – will be on overcoming a new obstacle. There’s no point crying over spilled semi-finalists.

With that in mind, I’ve followed suit and salvaged a portion of my chat with Smith. The 27-year-old boxer-puncher was in the gym to do a light workout and some technical drills with trainer Joe Gallagher. First up, we discussed Groves-Eubank Jr., the outcome of which Smith had predicted only days prior.

“The fight went just as I expected,” said Smith, who watched the fight live on television. “I knew Groves was the better fighter with the better boxing brain. Eubank only looks good when he has someone standing in front of him. The two people who haven’t let him do that (Groves and Billy Joe Saunders) have beat him.

“Eubank doesn’t have natural boxing ability. That’s either down to his lack of amateur pedigree or his stubbornness not to learn something new. He believes he can walk every opponent down and win fights on work rate. He has got a good work rate, and he did finish strong, but he needs more technical skill.”

Groves retained his WBA super middleweight title for the second time via 12-round unanimous decision. Providing Smith disposes of Holzken, and the dislocated shoulder Groves sustained in the final round against Eubank is given ample time to heal, the WBSS final will be an all-British affair between two of the best 168-pounders in the world.

So, what did Smith think of his potential future opponent?

“I thought George Groves was very good and he had to be,” said Smith (23-0, 17 knockouts). “There have been fights, like against (Christopher) Rebrasse, where he went for a tear-up because he was confident of winning that way. But if Groves stood still against Eubank, he would have lost.

“Groves was clever on the inside; he avoided the uppercut all the way through. He’s a clever fighter and he’s experienced. I don’t think he gets enough credit for that. He boxed well, but a lot of this was down to people believing too much in Eubank. They thought he was better than what he was.”

I made the decision not to quiz Smith about Groves to any great degree. At the time, he was heading into the toughest fight of his career against a former world titleholder and that was his primary focus. What I did ask, almost rhetorically, was if Smith reached the final, would he be disappointed to see anyone other than Groves in the opposing corner, given the Londoner’s shoulder injury.

“Without a doubt,” said Smith, his tone noticeably changing. “I came into this tournament to win a world title and it would be very disappointing if I didn’t get a chance to do that.”

The opportunity to fulfill a childhood dream is still very much alive, but the final quote I obtained from the Liverpool man is quite astonishing given what would happen just hours later. I asked Smith if he was now completely at peace with entering the WBSS elimination tournament instead of enforcing his No. 1 contender status with the WBC.

“When it was pitched to me, I thought it was too good to be true,” recalled Smith. “Will everything run smoothly? Will anyone pull out? Will it be like the (Showtime) Super Six (when several fights were postponed). But it’s been as good as I imagined, if not better.”

You just never know what’s around the corner in the fight game. Smith, who looked to be in excellent fighting shape, will now have to play with the cards he’s been dealt.