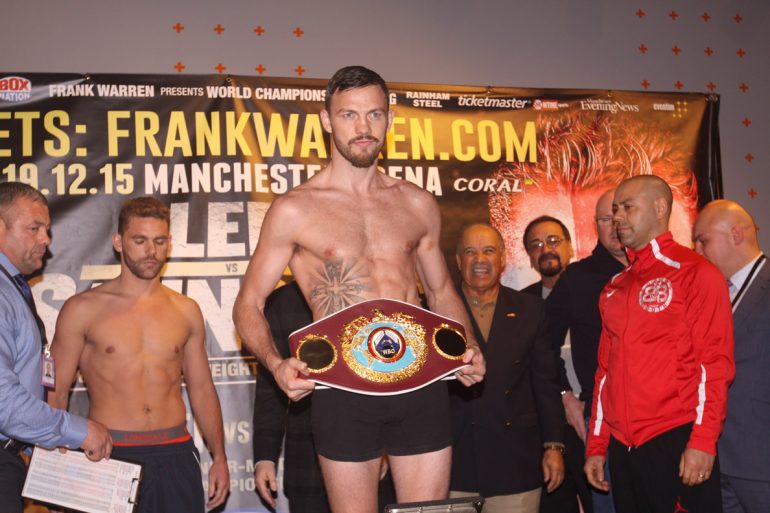 Andy Lee is still one of the best middleweights in the world, but he’s stepping away from the game.

THE RING’s No. 9 middleweight announced his retirement Wednesday on Irish radio broadcaster Newstalk’s “Off The Ball” show. Lee, a former middleweight titleholder, hangs up the gloves following many years of fighting on American television.

“I’ve had an amazing career and an amazing life through boxing. It has defined my life, it has defined who I am but it’s the right time to call it a day. It has been on my mind for a while. Over the last two years I’ve kept myself available. I fought in March of last year, I won that fight and I just kept myself available to see what my options were if a fight came along that would entice me back.”

The lucrative matchup never materialized after the London native won an eight-round decision over KeAndrae Leatherwood on the Gennady Golovkin-Daniel Jacobs undercard. There was talk Lee could face Jacobs, but the bout never came to fruition.

Lee was actually slated to fight Gennady Golovkin in April 2014, but GGG’s father died and the fight was cancelled. The affable fighter competed in plenty of notable fights, though.

The Olympian scored spectacular, come-from-behind knockouts in consecutive fights in 2014 to establish himself after a 2012 stoppage loss to Julio Cesar Chavez in a title fight. First, it was John Jackson who went to sleep at the hands of Lee, and then Matt Korobov in a fight that landed Lee a vacant middleweight title.

In his first defense, Lee and Peter Quillin exchanged knockdowns in an exciting PBC on NBC fight that ended in a draw. The next time out, Lee was outpointed by Billy Joe Saunders and lost the title.

“None of the fights and none of the offers were good enough or big enough to get me to go back and I have responsibilities now as a father,” said Lee, who prior to Emanuel Steward’s death, trained and lived with the Hall of Fame trainer in Detroit. “To leave my wife and my daughter, it would take a big fight to get me to do that, to leave them, to go away training and to put myself through all that.

“If I was single with no child, I probably would have been back in the gym straight away after the fight with Billy Joe Saunders but I took a decision to take some time off and then we had the baby so that’s been the best thing and that’s really my priority right now.”