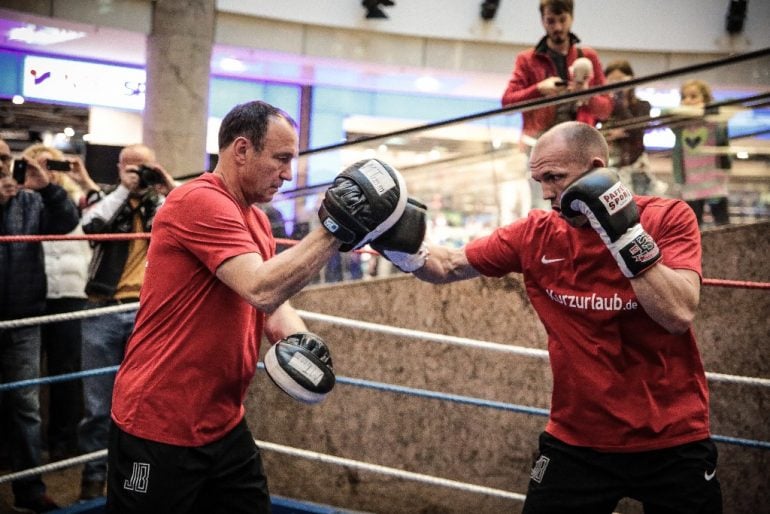 Braehmer is out and Holzken is in. Photo courtesy of World Boxing Super Series
20
Feb
by Tom Gray

It was all going too smoothly.

Hot on the heels of WBA super middleweight titleholder George Groves sustaining a dislocated shoulder in the final round against Chris Eubank Jr., German southpaw Juergen Braehmer has now been pulled from this Saturday’s WBSS semi-final against Callum Smith due to illness.

Smith, who is rated No. 3 by THE RING at 168 pounds, will now face unbeaten Dutchman Nieky Holzken (13-0, 10 knockouts) in Nuremberg, Germany. The 34-year-old boxer-puncher is a novice by comparison to Braehmer, and he also fights out of the orthodox stance, so Smith’s lefty preparation will have been in vain.

“I have been battling a feverish infection since Sunday,” said the former WBO light heavyweight titleholder. “Unfortunately, a fight in this state is out of the question. It is not possible for me to go into the ring like this and I would like to apologize to my fans. I was well prepared and looking forward to fighting Callum.” 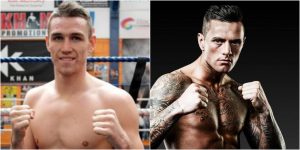 This is also a bitter blow for Smith (23-0, 17 KOs) who has had a terrible run of luck in recent months. A fight for the vacant WBC title against Andre Dirrell fell through due to various issues with location, but the Liverpool man was granted a reprieve when the WBSS tournament came along.

The 27-year-old boxer-puncher has spent weeks preparing for Braehmer, and this last-minute switch will be massively inconvenient. Smith would have been looking to put on a good performance against a world class operator to set himself up for the final. He will now have to adjust accordingly and put all this behind him.

“I gave an interview last week and said it’s great there have been no drop-outs,” said Smith. “Looks like I spoke too soon.

“We got the call as we were boarding the plane. I am committed to fighting on Saturday and will fight whoever the World Boxing Super Series puts in front of me.”