Daigo Higa: ‘I would like a unification bout with any other flyweight champion’ 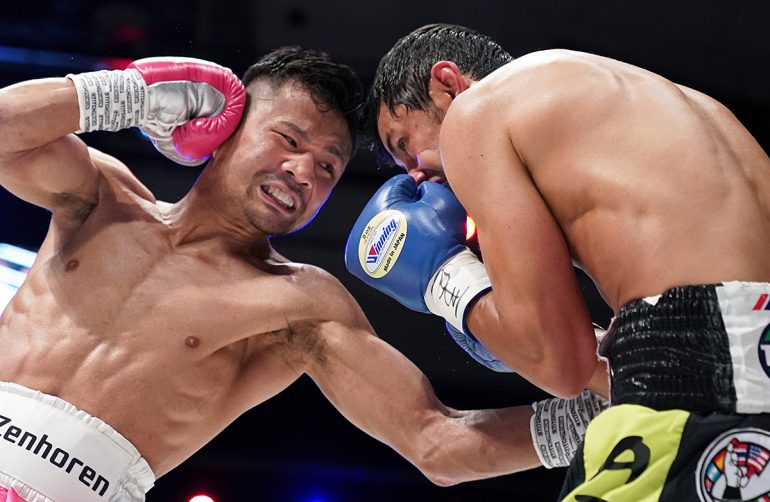 The impressive performance put the division on notice that the 22-year-old puncher may well be the best flyweight in the world.

“I approached the fight with my strong determination to knock Fuentes out,” Higa (15-0, 15 knockouts) told RingTV.com, through Tomoyuki Kataoka. “I think that my counterpunch prior to the bodyshot was effective. I got the response I wanted.

“I am very honored to be able to catch up with the Japanese consecutive KO records (15 KOs) held by (former WBC junior welterweight titlist) Tsuyoshi Hamada, who was, just like me, born in Okinawa.”

It was Higa’s first fight at home and the first world title fight on the Island since Higa’s mentor Yoko Gushiken lost his WBA junior flyweight title to Pedro Flores in March, 1981. Higa dealt with the pressure well and is very happy with his performance.

Gushiken is also understandably pleased that his protégé was able to slay the ghost of 37 years earlier.

“I am really happy that my boy Higa won his bout there.” said the Hall-of-Famer.

After such an emphatic, early win, Gushiken has big plans for his charge in the coming months.

It was announced on Monday that Higa would face WBC No. 2 Cristofer Rosales in a battle of punchers on the undercard of Ryota Murata-Emanuele Blandamura, on April 15, in Yokohama.

Higa-Fuentes was well received in Okinawa, according to Gushiken, and was watched by 5.7 percent of the market share, at that time.

“People in Okinawa made him welcome with their big expectations,” explained Gushiken, whose 13 title defenses, is a Japanese record. “We were able to sell out of tickets immediately, around 3,000 people. Some say that the next time Higa fights in Okinawa it should be held in a bigger venue.”

Is Higa the best flyweight in the world? He thinks so but is more than happy to show everyone by facing the top 112-pounders in the world.

“I would like to say so; however, prior to doing so, I would like to do a unification bout with any other champion at flyweight,” said Higa. “If I win that fight, I will be able to state confidently that I am the best flyweight champion in the world.”