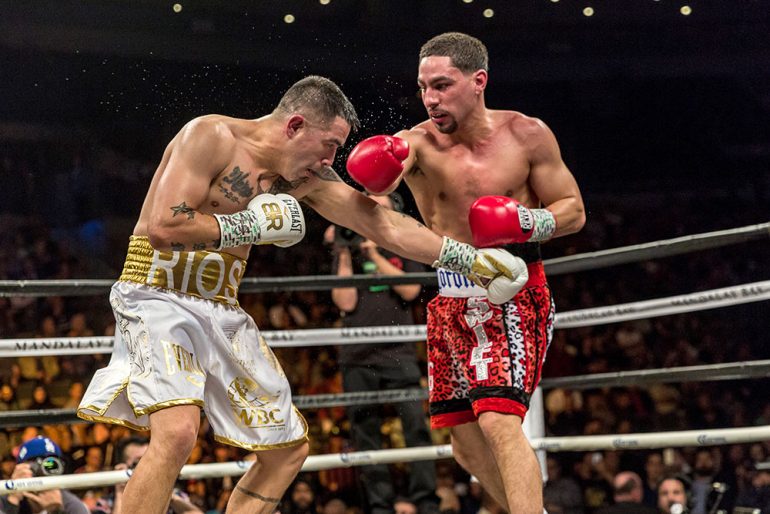 Danny Garcia bounced back from the first loss of his career with ninth-round stoppage over fellow former titleholder Brandon Rios on Saturday in Las Vegas, but the victory did not come easy.

Garcia (34-1, 20 KOs), who was ahead on the scorecards at the time of the stoppage, blasted Rios with a perfectly timed counter right cross two minutes into Round 9. Rios was dropped hard but somehow got to his feet. However, referee Kenny Bayless waved the fight off after correctly assessing that the brave Oxnard, California resident was unfit to continue.

Garcia, who dropped a split decision to Keith Thurman last year, took an early lead by being quicker on the trigger and mobile. The Philadelphia native was the sharper and more accurate puncher. However, Rios (34-4-1, ??), who was visibly slower and a bit sluggish early on, kept the pressure on and landed his share of power shots in the middle rounds. They traded big right hands in Round 4 and Rios, a former lightweight beltholder, managed to outwork Garcia in Rounds 5 and 6, but the former 140-pound champ boxed effectively in Round 7, landing flush right hands while on the move.

The two welterweights were tit for tat in Round 8, but Garcia ended matters in the next round.

A full ringside report by Andreas Hale will be posted soon.