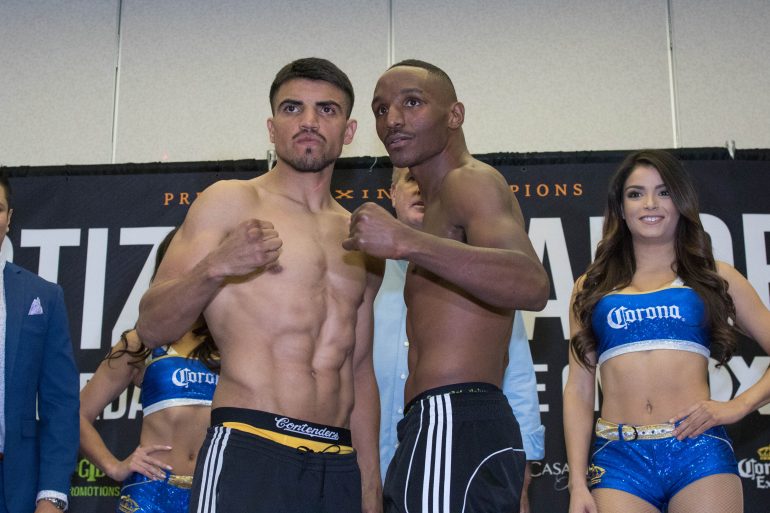 Alexander dominated fellow former welterweight titleholder Victor Ortiz on Saturday in his most high-profile outing since he overcame a painkiller addiction, which he blamed in part for his struggles. Unfortunately, the judges didn’t see the same performance.

They curiously scored the PBC on FOX main event a majority draw, with one judge turning in a 115-113 tally in Ortiz’s favor, overruled by two 114-114 scorecards. Simply put, it was a robbery, with Alexander handily winning almost every round in what should have been a rout.

The 31-year-old’s combinations were sharp, but for some reason, the judges didn’t reward the shots that swelled up Ortiz’s left eye. Ortiz, whose only notable victory is a title-winning effort over Andre Berto in 2011, stalked Alexander, but his punchers were slow, wide and he loaded up with each shot.

Alexander, on the other hand, scored with a stinging southpaw jab and often followed up with a straight left down the pipe or an uppercut. He controlled the ring and basically did whatever he wanted in a solid fight.

Even though he wasn’t rightfully awarded the victory, Alexander (27-4-1, 14 knockouts) deserves a shot at a quality opponent to prove he can still resemble his former self, the man who once won titles in two weight classes.

Following a stint in rehab, the St. Louis native ended a two-year layoff with a shutout of journeyman Walter Castillo in November. It was Alexander’s first fight since a shocking loss to the pedestrian Aron Martinez, but perhaps addiction really was affecting him in the ring, because he now looks more like the Alexander of old.

Ortiz (32-6-3, 25 KOs), however, still looks like a fighter well past his best days. He’s been stopped inside the distance in his last four fights on the world-class level, including a surprising second-round KO defeat to Luis Collazo in 2014.

But on this night, he not only lasted the distance — thanks to the judges, he pulled out a draw.