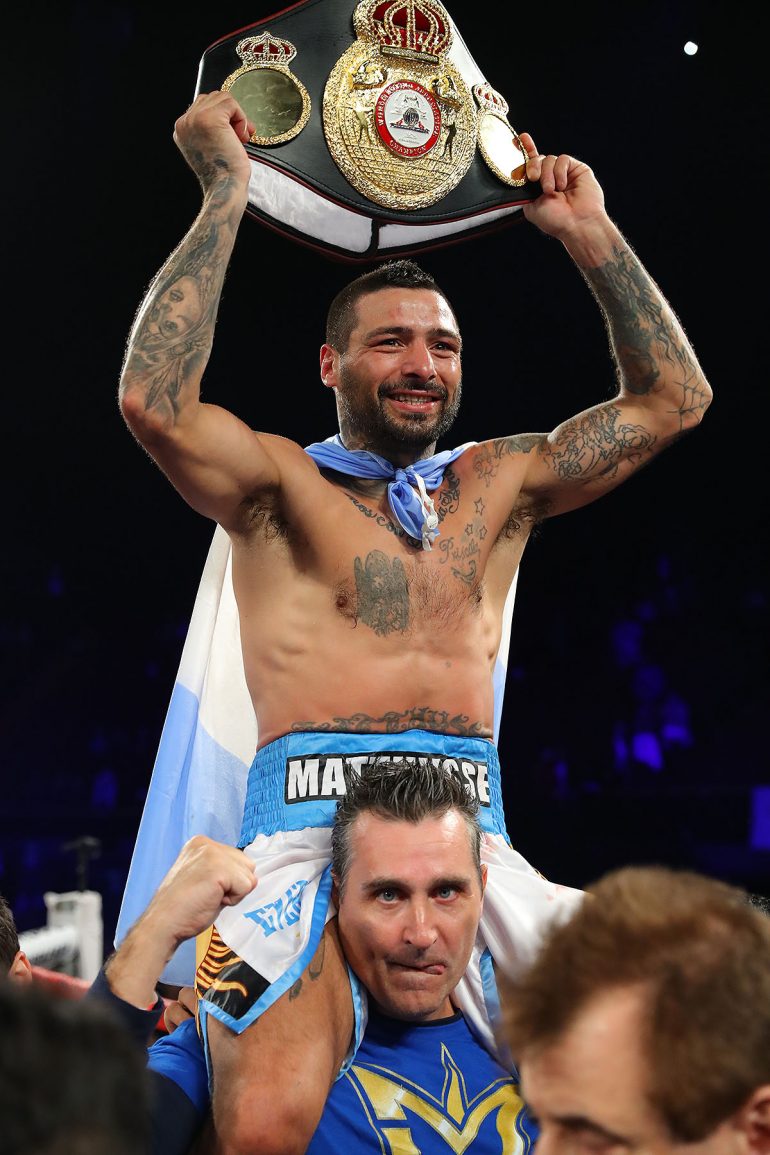 Lucas Matthysse returned to the ring in January with a victory over Tewa Kiram, but the Argentine didn’t look all that great before the eighth round.

That’s when “The Machine” scored two knockdowns of the Thai fighter and ended matters to capture the WBA’s secondary welterweight title.

By the time Matthysse fights again, he could be 36 years old. Golden Boy Promotions President Eric Gomez told RingTV.com that Matthysse is likely to return sometime in August or September (his birthday is on September 27).

“There’s a couple of names we’re looking at out there,” Gomez said. “I spoke to Carl Moretti because [Manny] Pacquiao is calling him out and to see if anything is there.”

It’s unlikely, though. Pacquiao is fighting Mike Alvarado on April 14 and if all goes well, the future hall of famer could face either Terence Crawford or Vasyl Lomachenko. Where Matthysse goes is a mystery.

All the top 147-pounders are with Al Haymon, so unless Golden Boy can work to match Matthysse with one of the fighters from the PBC stable, it’s slim pickings. Then again, they might not want to match Matthysse too tough after his last outing.

He looked slow and sluggish and nothing like the man who once plowed through opponents.

“His timing was off and he didn’t look that sharp, but he was a hard guy to fight,” Gomez said. “When you’ve been off as much as Matthysse has been off and [the opponent’s] a mover, it’s hard to look good against a guy like that.

“I was like shit, it’s [Viktor] Postol all over again (who knocked Matthysse out). A guy that was moving and tall and jabbing and he wouldn’t stop to fight. I’m just happy that Matthysse closed the show, he was able to get to him.”