Omar Figueroa Jr. arrested for alleged DUI ahead of clash with Adrien Broner 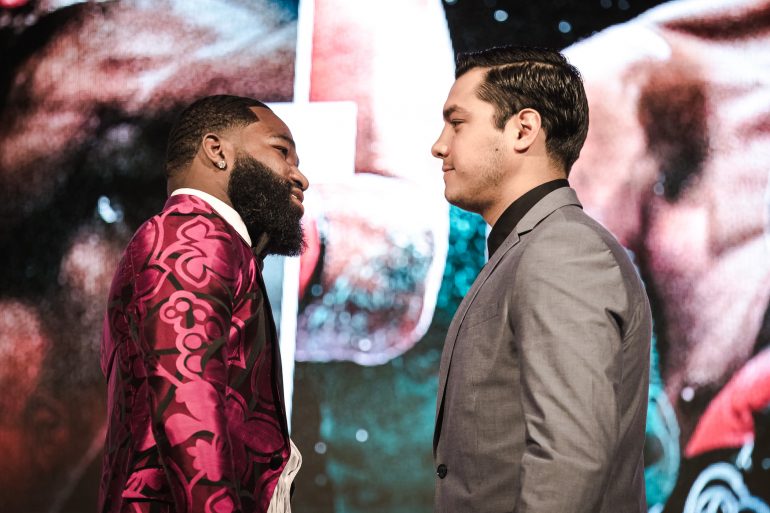 Adrien Broner was released from jail Tuesday, but his opponent recently ran afoul of the law, too.

Omar Figueroa Jr., whom Broner is scheduled to fight on April 21 on Showtime, was arrested on January 29 in Indio, California, for allegedly driving under the influence, according to Indio Jail’s online records. ESPN first reported the news.

Figueroa, 28, was arrested at 3:14 a.m. and transported to Indio Jail, where he was booked on the misdemeanor charge before being released later that day. He’s scheduled to appear at Indio Larson Justice Center on March 26 at 7:30 a.m.

The undefeated fighter was listed at 170 pounds, 30 pounds above the contract weight for his junior welterweight title eliminator against Broner.

Broner, too, is facing a misdemeanor charge after he was arrested Monday and then booked Tuesday after allegedly groping a woman at an Atlanta mall. He was charged with sexual battery before being released from jail.

Figueroa (27-0-1, 19 knockouts) held a lightweight but his career has been plagued by inactivity and he didn’t fight in 2016, in part because of nagging hand injuries. He returned in July with a third-round stoppage of Robert Guerrero at welterweight, and now he’s set to compete at 140 pounds.

Both Figueroa and Broner are facing court dates, but for now, the fight is on.