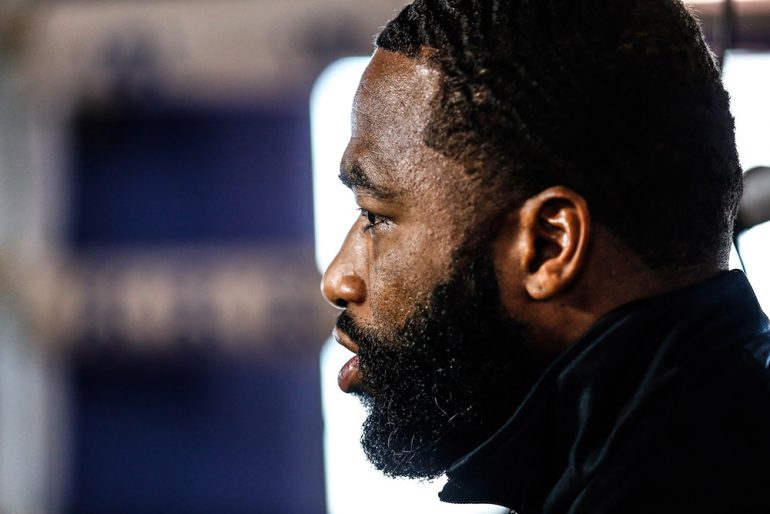 Adrien Broner is once again in trouble with the law.

The 28-year-old was arrested Monday following an alleged incident with a woman at Lenox Square, a shopping mall in Atlanta. Broner was accused of groping the woman, and was escorted from the premises by police.

The four-division beltholder was booked Tuesday at Fulton County Jail on a misdemeanor charge of sexual battery and subsequently released on $2,000 bail, according to the jail’s online records.

Broner has a scheduled fight on April 21 against Omar Figueroa Jr. on Showtime, a WBC junior welterweight title eliminator, and it’s unclear if the incident will affect the fight. Broner was listed at 5-foot-8, 160 pounds, 20 pounds above the junior welterweight limit.

A representative for Premier Boxing Champions, the stable of fighters Al Haymon oversees, which includes Broner, couldn’t be reached for comment.

Black Sports Online posted a video that showed Broner arguing with a woman and then led out of the mall by two policemen. The Atlanta Police Department released a statement to Black Sports Online saying that the victim said she was inappropriately groped by Broner, but that the fighter denied the accusation.

The Cincinnati native’s rap sheet is lengthy. He was arrested on robbery charges in 2010, and then again two years later on assault charges. Both cases were dismissed.

The documented trouble started again in 2016, when he was accused of beating up a man and then robbing him at a bowling alley. Broner trained for his title defense against Ashley Theophane before he finally turned himself in after the fight, and those charges were also eventually dismissed.

But Broner was back in jail last year when an SUV he was riding in was found riddled with bullets. When the vehicle was stopped, police discovered there was an open warrant for his arrest stemming from a 2014 incident. He was booked on charges of alcohol intoxication in a public place and disorderly conduct charges stemming from 2014.

Broner is seeking to rejuvenate his career following a one-sided defeat to Mikey Garcia in July. But first, he has another legal case to worry about.