Chris Eubank: ‘When I beat Nigel Benn, nobody could criticize me’ 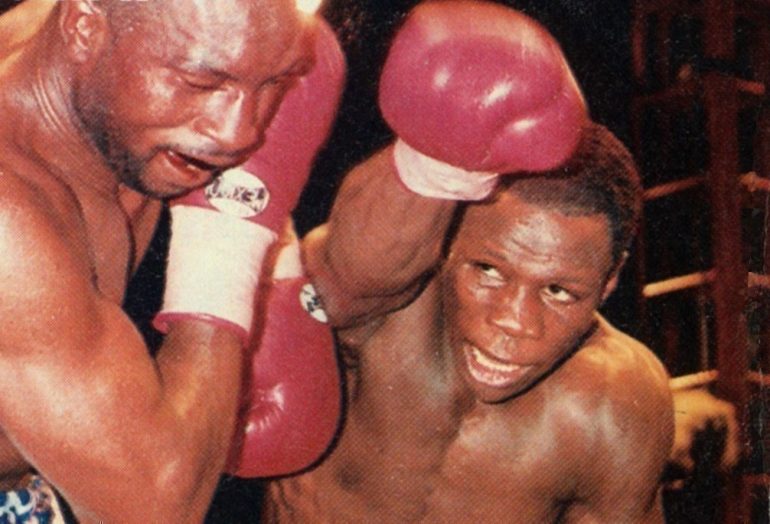 Chris Eubank and Nigel Benn shared one of the most heated rivalries British boxing has ever seen. There was serious animosity between the pair who, to this day, still don’t see eye to eye.

Benn, a former Commonwealth champion, had won the WBO middleweight title by knocking out Doug DeWitt in eight rounds in April 1990. However, the charismatic power-puncher had kicked open the door to stardom when he stopped former middleweight champion Iran Barkley in his first defense.

While Benn was posting these career-best victories on U.S. soil, Eubank was competing at a much lower level in the U.K. and making noise about fighting his fearsome compatriot at every opportunity.

“It was difficult because it didn’t seem to me that anyone saw that (Benn) was behaving like a blockhead,” said Eubank in relation to his rival’s ferocious demeanor. “It seemed like this was normal for how a boxer should behave.

“He made me look like a choirboy. That’s what the press said at the time. The term ‘choirboy’ was used in a derogatory way to suggest I didn’t know what I was doing and that I was naïve. But a choirboy is how you are supposed to behave in terms of manners, conduct, respecting your adults, punctuality; these are prerequisites which makes a man whole. So, I knew, even if I lost the fight, my mother could still be proud of me.”

The pair met at the National Exhibition Center in Birmingham, England, on Nov. 18, 1990. Eubank entered, habitually, to the strands of ‘Simply the Best’ by Tina Turner, but his song was hijacked halfway through by Team Benn who began their own ring walk early. Eubank remained unfazed and performed his trademark vault over the top rope.

The two men stood in their respective corners. Eubank tapped his gloves and eyed his opponent. Benn remained perfectly still and stared daggers at the challenger.

It was an intense encounter with terrific ebb and flow. In the fourth round, Benn landed a huge right uppercut that caused Eubank to bite through his own tongue. The challenger swallowed large amounts of blood for the remainder of the contest but, fearful that the fight would be stopped, he kept the injury to himself. Benn was also on the receiving end, his left eye swollen shut by the end of the fifth.

Ths eye-damage meant the defending titleholder could no longer see Eubank’s vaunted right hand coming, and when that punch landed solidly in the ninth, Benn was unable to recover. Referee Richard Steele called a halt the action and a new champion was crowned.

“It was a close fight, but I think even that was unfair because if you watched the fight, as vicious as the fight was, I don’t think I was behind,” Eubank said. “I think I won most of the rounds on boxing ability, craftsmanship and good common sense being applied.”

Because of the way Eubank conducted himself during the buildup and the way the fight unfolded, he feels that only jealousy could cause fans to dislike him.

“(Benn) was a Godsend,” he said of his frenzied rival. “When I beat him, nobody could criticize me. There was no reason to dislike me. If they did, they were being bigoted, having double and triple standards.

“As a fighter, shouldn’t you want me to behave this way? It was jealousy. What they say about jealousy is as follows: jealousy is a tribute that mediocrity pays to genius.”

Over the next three years, both men moved up to super middleweight to claim world honors. Eubank won the WBO title and extended his unbeaten record to (35-0-1), while Benn captured the WBC belt and won 10 fights in succession. It was inevitable that they would meet again.

Following extensive negotiations, the rematch took place on Oct. 9, 1993. This was a genuine superfight at Old Trafford stadium, the home of soccer team Manchester United, and over 47,000 fans were in attendance. Both sides had agreed, prior to the fight, that the winner and loser would sign with U.S promoter Don King, who arrived in town to add to the theatre.

As Eubank vaulted the ropes on this occasion, hall-of-fame boxing commentator Reg Gutteridge famously bellowed, “The ego has landed”.

Again, Eubank and Benn fought on even terms and the 168-pound unification bout was declared a draw. However, in a way, this was like a win for Team Eubank, because the tied result allowed promoter Barry Hearn to exploit a loophole in the contract with King and they were no longer obligated to sign with him.

“(Benn) should have won the fight; he did enough to win the fight” Eubank said of their second encounter. “For me it was never a matter of hate. This was an individual who I needed to win against to get out of (an apartment) and into a house.”