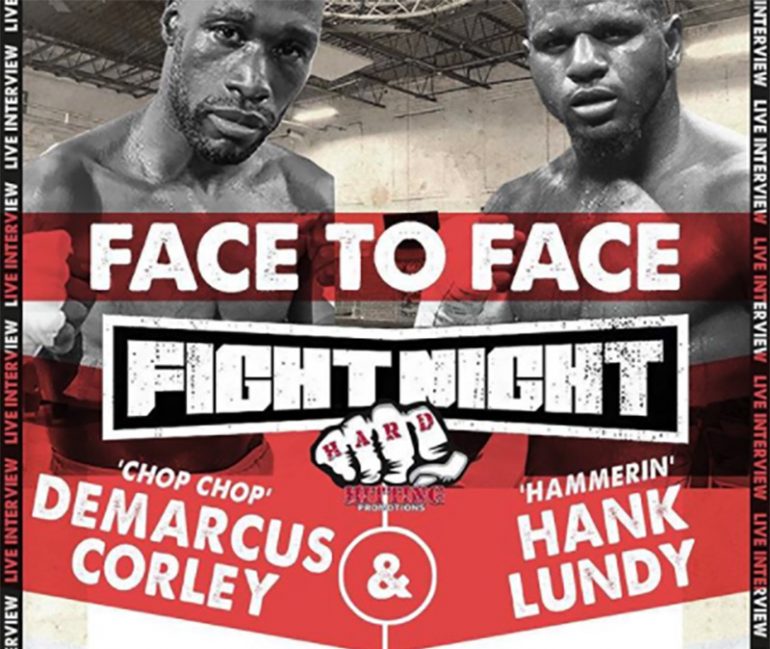 In what was a boxing fan’s guilty pleasure kind of night, Hank Lundy kept his career alive with a competitive eight-round decision win over DeMarcus “Chop Chop” Corley Saturday night at 2300 Arena in Philadelphia, Pa.

Corley, though 43 and fighting in his 80th pro fight, did not look his age as he pumped his jab up and down and calmly evaded most of Lundy’s heavy swings in the first few rounds. Lundy, 34, had started the fight as a southpaw, but found himself too open for Corley’s counters, particularly in the fourth when a right hook high on the head buzzed him momentarily.

Lundy (29-6-1, 14 knockouts) found more success when he turned orthodox and neutralized Corley’s lead hand, and he scored the fight’s only knockdown in the fourth when a right hand high on the head sent Corley down briefly.

Corley (50-29-1, 28 KOs) kept the pressure on Lundy with his tight defense and evasive upper-body movement but found himself being edged in rounds by the younger, busier fighter. Lundy’s best work in the middle rounds came off his left jab, which set up right hands that caught the judges’ eyes.

Corley admitted he wasn’t the fighter he had been in years past, when he was trading shots with the likes of Zab Judah, Floyd Mayweather Jr. and Miguel Cotto, saying that age played a factor in his inability to put more leather on the hometown fighter.

“I take my hat off to Hank, he was the younger, quicker fighter today,” said Corley. “My timing wasn’t there; I saw some shots but I just couldn’t get it off. The reflexes weren’t there like they used to be.”

Lundy, who is promoted by Jimmy Burchfield’s Classic Entertainment and Sports, has now won three in a row since his fifth-round technical knockout loss to Terence Crawford in 2016.

In his post-fight interview, Lundy called for a shot at WBA/RING lightweight champion Jorge Linares (which he pronounced as ‘George LeNorris’), a fight he says he wants despite not being rated in the top 15 by the WBA.

“He’s talking about fighting [Vasyl] Lomachenko, but you’ve gotta talk some big bucks man because I ain’t stepping aside. You gotta fight me,” Lundy said.

Webster, a 6-foot-4 southpaw, had trouble keeping away his opponent away despite appearing nearly a foot taller than Cordero, who began his career at 127 pounds and weighed 16 pounds lighter in his last fight at 153 just before the new year. Cordero was able to land with winging left hooks over the top of Webster’s lowered right hand repeatedly, which caused Webster to keep his jab home at times.

Webster was busier throughout, and has now won six straight.

Earlier in the night, Alycia Baumgardner (5-0, 4 KOs) was forced to go past the the first for the first time in her career, outboxing Nydia Feliciano by scores of 80-72 on one card and 79-73 on the other two to earn a minor WBC women’s junior lightweight title.