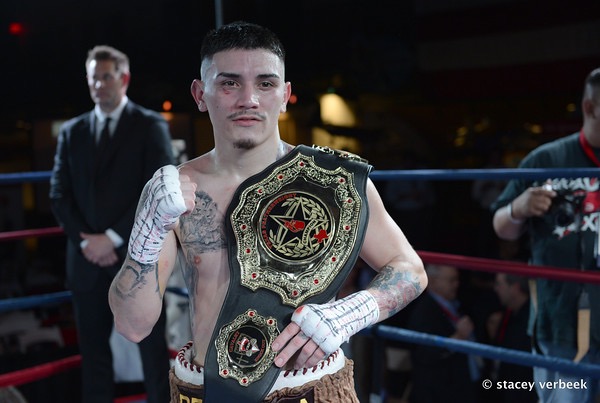 Ray Ximenez has not allowed a close decision loss to a world title contender slow him down. The featherweight from Dallas, Texas, has dusted himself off and moved on.

Ximenez (16-1, 4 knockouts) has not fought since June 30, when he won a six-round unanimous decision, in a rematch over Raymond Chacon, which also took place at the Bomb Factory. He has won his last three bouts.

The 25-year-old Ximenez suffered his only loss as a pro, in April of 2016, at the hands of Puerto Rico’s Christopher Diaz. It was a close fight, in which Ximenez did more than hold his own against the current WBO No. 4 junior lightweight contender.

Lagos (12-4-2, 7 KOs) defeated Elmer Colve in his most recent bout on October 12. The fighter from Valencia City, in the Philippines, has won four of his last six fights.

Two more fights round out the beIN Sports telecast. In a clash of unbeaten featherweights, Edward Vasquez (4-0) will face Brandon Arvie (2-0, 2 KOs) in a five-round bout.

Junior bantamweights Dominique Griffin (1-0, 1 KO) and David Alfaro (1-0) square off in a four-round clash of unbeatens.