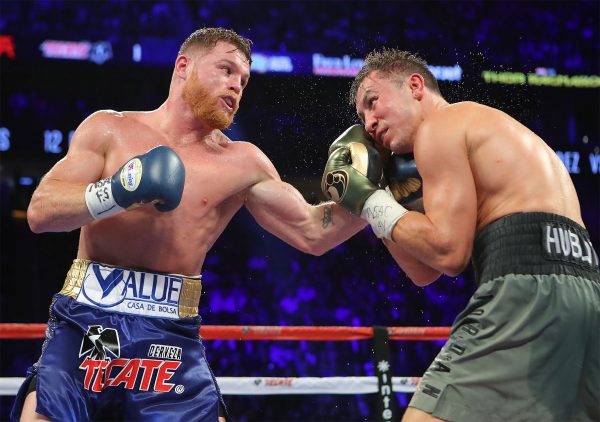 Canelo Alvarez’s first encounter with Gennady Golovkin ended in controversy, with two judges scoring the fight even but Adelaide Byrd turning in a ludicrous 118-110 tally for the Mexican star.

Alvarez (49-1-2, 34 knockouts) employed lots of movement and tactically let GGG chase him around the ring. For the May 5 rematch, Canelo promises to do something no one’s ever done: finish Golovkin inside the distance.

“This time the judges will not have to decide the result with their scores,” Alvarez, 27, told ESPN Deportes. ” … I’m going to win my fight by knockout. I’ll be ready to win that way,”

“And everyone already knows what happened. I made my fight and I think I won it but at the end the judges saw it as a draw. For that reason this second fight will be more interesting, more important.”

It wouldn’t just be a great accomplishment because Golovkin (37-0-1, 33 KOs) is THE RING’s pound-for-pound best fighter. Golovkin has never been so much as knocked down in 38 pro fights, and his chin is regarded as one of the finest in the sport.

Daniel Jacobs, a fearsome puncher, landed an array of heavy blows on GGG’s dome during their spirited March battle, but the Kazakh never wavered. The same can be said for his fight against Canelo, another massive puncher who simply watched his punches bounce off the 35-year-old’s head.

But Canelo swears he’s going for it, and if that’s indeed the case, expect the rematch to be even more savage than the first fight.