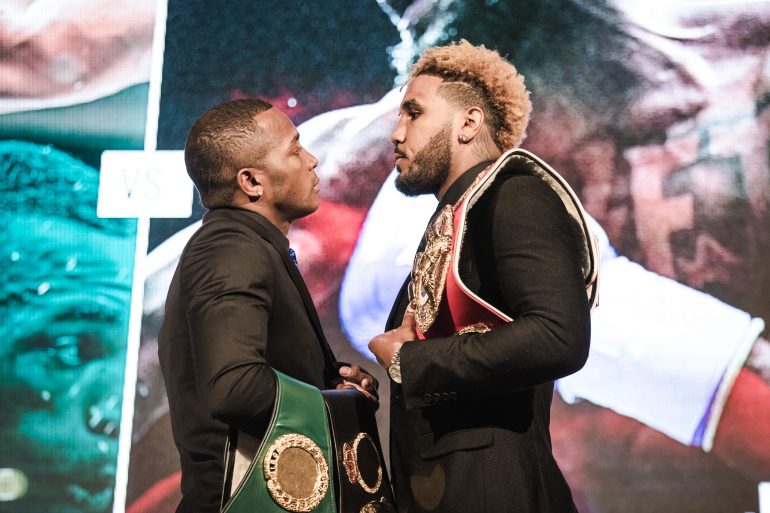 Erislandy Lara’s upcoming fight against Jarrett Hurd was one of the fights unveiled by Showtime last month at an event in New York, but it didn’t have a location attached.

There’s no site finalized yet for the April 7 junior middleweight unification fight, but sources tell RingTV.com the bout is likely headed to StubHub Center in Carson, California.

That was the home of Lara’s most scintillating fight to date, a 2013 slugfest with Alfredo Angulo. The Cuban is routinely panned for his boring performances, but Angulo pressured Lara and dropped the defensively gifted boxer in Rounds 4 and 9. Lara began to time Angulo, though, and ended up closing his eye en route to the 10th-round stoppage.

“I love that style matchup, and hopefully he puts the pressure on like Angulo,” Lara told RingTV.com last year, “and I can leave his face the same way when the fight is over.”

Hurd, THE RING’s No. 3 junior middleweight, outlasted Austin Trout in a war and became the first man to stop the former titleholder. Lara, in the main event, easily outpointed Terrell Gausha, but the fight was so dreary, fans booed in mass unison throughout.

This time, Lara promises, will be different, and with the relentless pressure style Hurd employs, there’s reason to believe he’s right.

“These guys gotta fight me,” said Lara, THE RING’s No. 1-rated 154-pounder. “When I fight action fighters, I make good entertaining fights like I did with Paul Williams and Angulo. These young guys have to bring that out, and if not I’ll cruise to a decision.”

StubHub Center is the site of many of boxing’s best fights this century, wars like Timothy Bradley-Ruslan Provodnikov and Brandon Rios-Mike Alvarado I. Lara may be known for his unaesthetically pleasing affairs, but just maybe, boxing’s cathedral will produce one more great one.