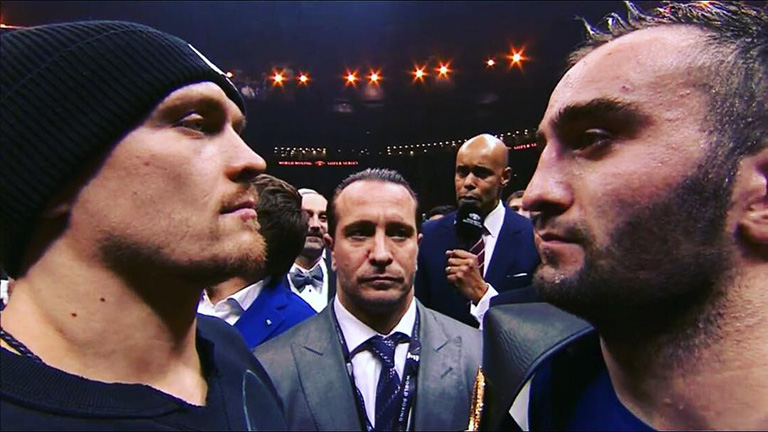 The winner the May 11 cruiserweight World Boxing Super Series final in Jeddah, Saudi Arabia, will require plenty of room at home to showcase the fruits of their labor. 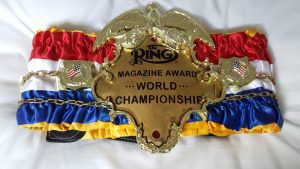 On Saturday, Gassiev (26-0, 19 knockouts) scored a sensational 12th-round stoppage of the previously unbeaten Yunier Dorticos to reach the tournament final. The Russian boxer-puncher also unified IBF and WBA titles with what was a career-best performance in front of his home crowd in Sochi.

One week earlier, Usyk (14-0, 11 KOs) unified WBC and WBO belts by winning a hard-fought 12-round majority decision over the previously unbeaten Mairis Briedis in Riga, Latvia. It was a harder fight than many people expected, but the Ukrainian southpaw earned the victory and now looks ahead to a mouthwatering showdown.

Usyk and Gassiev are currently rated No. 1 and 2 respectively by THE RING at 200 pounds, so the decision to have the vacant belt on the line was an easy one to make. THE RING looks forward to crowning their 11th cruiserweight world champion.