Younan, Ellis settle for a draw in ShoBox headliner 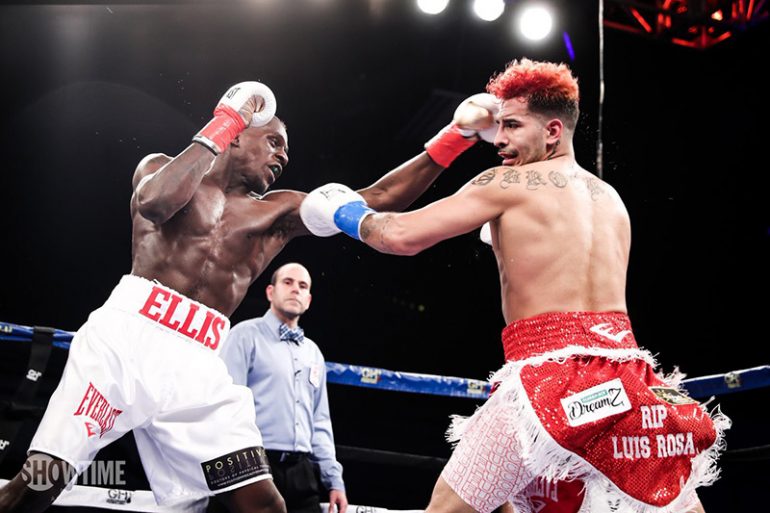 They say that someone’s “0” has to go, but both Junior Younan and Ronald Ellis retained their unbeaten marks after their 10-round super middleweight bout in the main event of a ShoBox: The New Generation telecast ended in a draw Friday.

Younan, a one-time top amateur at the Junior Olympic level from Brooklyn, N.Y., controlled the fight early on with his flashy hand speed and movement but began to slow as the fight progressed, allowing Ellis, of Lynn, Mass., to take the initiative and work along the ropes.

Ellis, who is six years older at 28, looked to have the momentum shifting his way in the eighth before Younan turned the bout in that round, unloading with big shots to catch the judges’ eyes.

The final two rounds were slower than that exhibition, hinting at more room for growth from the two 168 pounders.

Earlier in the night, Thomas Mattice (11-0, 9 KOs) looked overmatched early on against Rolando Chinea (15-2-1, 6 KOs) but managed to turn the fight around in the seventh of an eight-round scheduled lightweight fight. A right hand along the ropes started the trouble for Chinea, and the Cleveland native Mattice kept up the pressure, firing away with straight punches until a left hook put Chinea down.

Mattice, 27, is a three-time Ohio State Golden Gloves champ and won the Ringside Worlds in 2014, according to a press release from his promoter, GH3 Promotions.

Chinea, 26, had spoiled a number of unbeaten records over the past two years, including a majority decision win over Kenneth Sims Jr in his previous fight.