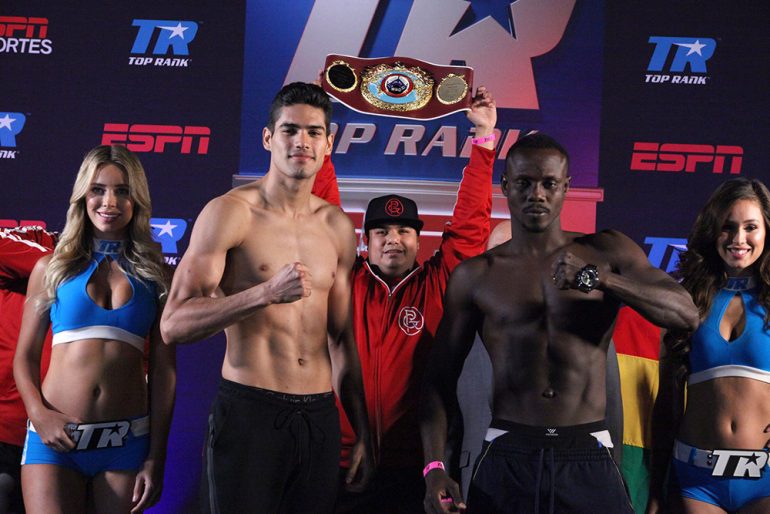 Both Jerwin Ancajas and challenger Israel Gonzalez skated below the 115-pound weight limit on Friday, while Gilberto “Zurdo” Ramirez had to disrobe to make the 168-pound limit for his fight with Habib Ahmed.

Ancajas, who is making the fourth defense of his IBF junior bantamweight title, checked in at 114.75 pounds, while Gonzalez weighed 114 pounds. 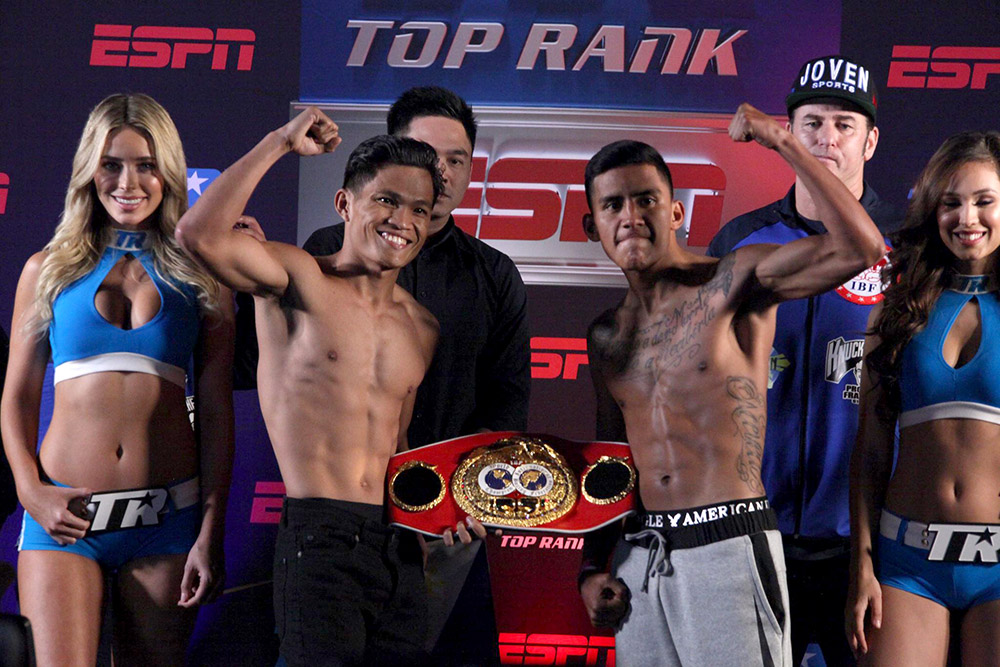 Both Ancajas (28-1-1, 19 knockouts) of Panabo City, Philippines and Gonzalez (21-1, 8 KOs) of Los Cabos, Mexico, are making their first appearances on American soil in the ESPN-televised co-featured bout.

Ramirez (36-0, 24 KOs) had to cover himself with the Mexican flag as he stripped nude to shed a quarter pound to weigh in at the limit for his third defense of the WBO super middleweight title, while Ahmed (25-0-1, 17 KOs), who is fighting outside of his native Ghana for the first time, was well under at 166.75 pounds.

The weigh-in took place at the Bank of America Center, the same place where the fights, which are promoted by Top Rank, will take place on Saturday night.