Adrien Broner: I want to knock out Amir Khan because it won’t take too much to do it 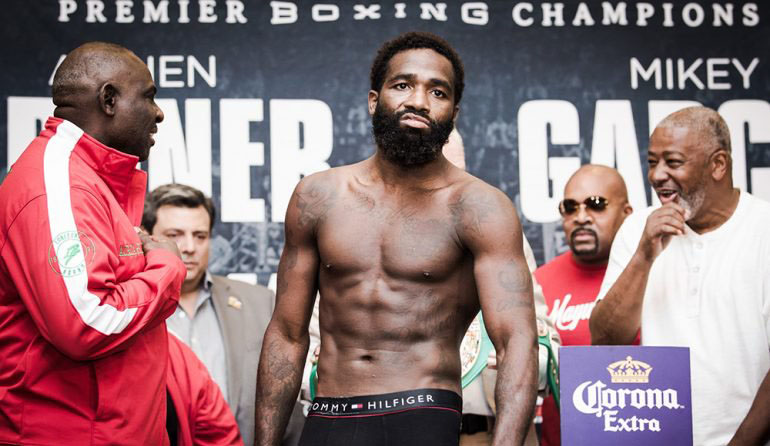 Adrien Broner is preparing for an April 21 assignment against Omar Figueroa, but The Problem has big plans beyond that fight.

Broner’s defeats to Shawn Porter and Mikey Garcia still seem to weigh heavily on the 28-year-old’s mind, and he has a plan.

Broner wants to avenge both defeats, even if it’s not likely there will ever be rematches with either man. After all, neither fight was particular competitive. But that’s not stopping Broner from dreaming and plotting.

“This year I will be crowned king again and it starts with Omar Figueroa Jr. on April 21st but after that I want to get some get back at Shawn Porter and Mikey Garcia,” Broner posted on his social media accounts.

“These two guys I can admit beat me fair and square, no excuses, but I know I can defeat both of these guys so good luck to both of these guys and I hope y’all keep building y’all names so when I come kick y’all ass the second time around it will be that much bigger.”

The Cincinnati native wasn’t remotely competitive with Garcia, the last time we saw Broner in the ring. He’s no longer a top-level fighter, but he still carries his recognized name into the ring with him.

And assuming he gets past Figueroa, no easy task given Broner’s history against pressure fighters, there’s another fight that interests Broner, and one that makes a ton of sense.

“Amir Khan, I just want to knock him out cause it don’t take much to do it,” Broner boasted, referencing Khan’s shaky chin and propensity for knockout defeats. “Plus it will sell out over in the UK so if Eddie Hearn want to make the fight, let’s fu—– do it. Now I respect all these guys but like I said, 2018 is my year!”

Broner and Khan, two underachieving fighters looking for a big win to rejuvenate their careers?

Khan is preparing for a return bout against Phil Lo Greco after missing all of 2017, and the bout takes place on the same date as Broner-Figueroa.

If both men come out victorious, and with Broner sending out the opening salvo, we just might see them square off.