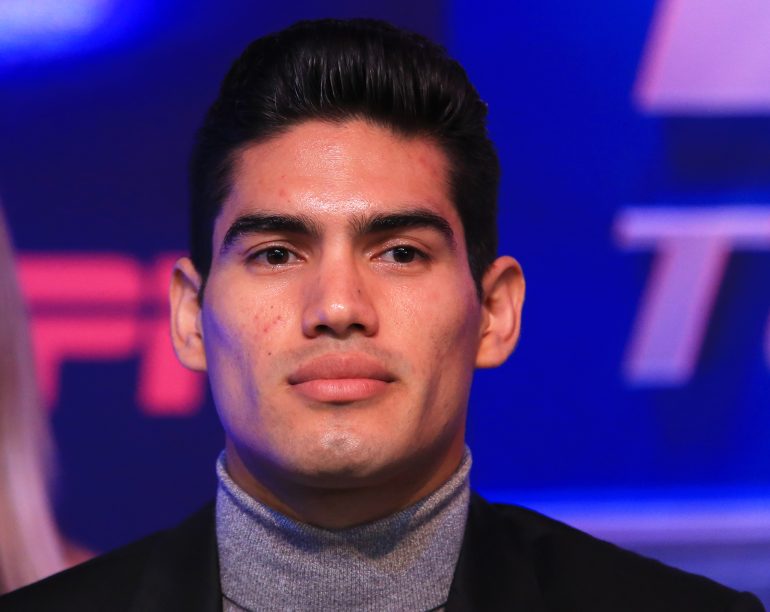 Gilberto Ramirez is already THE RING’s No. super middleweight, but he must wait to measure himself against the best of the division.

The World Boxing Super Series is playing out in Europe, with all the top 168-pound players duking it out, and Ramirez has a keen eye on the tournament.

The highly anticipated George Groves-Chris Eubank Jr. matchup, in particular, has Zurdo’s interest, with the winner of the February 17 bout headed to the May finals.

While Ramirez (36-0, 24 knockouts) waits for the dust to settle, he’s set to take on little-known Ghana native Habib Ahmed on Saturday in his first ESPN headliner. Ahmed (25-0-1, 17 KOs) is undefeated and has traveled a great distance to Corpus Christi, Texas, but he’s feasted on fighters with losing records in Africa, and he’s levels below whoever will emerge from the WBSS.

“He’s undefeated, he’s a tough fighter, a good fighter, and I don’t know him too much,” Ramirez admitted during an interview with RingTV.com, “I’ve seen a couple videos, but I expect a good fight, a very good show for the fans. And I expect the best of Habib Ahmed.

“Ghana has very good fighters like Joshua Clottey and Azumah Nelson. They have tough opponents, I don’t want to give him any chance to take my belt.”

The 26-year-old has made two defenses of the WBO title he lifted from Arthur Abraham via shutout decision in April 2016. First, the Mexican turned back Max Bursak and then Ramirez turned back a spirited effort from Jesse Hart in an action fight in September.

Ramirez hopes 2018 will be his breakout year, culminating with a fight against the winner of the 168-pound eliminator tourney.

“I’m waiting for the winner of the tournament,” Ramirez said. “I don’t care if I go over there to England or whatever, I’ll fight.

“I’m really excited. I want to take care of my opponent February 3 and then I’m looking for good fighters.”

The way Ramirez sees it, there’s no Mexican “idol” right now, with Juan Manuel Marquez the last man to fit the bill. But he’s there jockeying to fill the void, even if many believe Canelo Alvarez already holds that role.

And he’s firm in the belief that the increased audience he’s exposed to fighting on ESPN will only push him closer to that spot. But he still needs the proper foil, and that’s not going to be Ahemd.

It’ll be whoever emerges from the World Boxing Super Series, for that fighter will have proven himself as the best super middleweight in the world.

“I want to be the best and want to prove that’s why I’m the champion,” he said. “I want to fight all those guys, I don’t have preference to the winner, but I care for the winner only.

“My goal is to be successful, and [become] pound-for-pound fighter and knock out all my opponents and look for the good fights with good fighters.”

After Ramirez showcases his skills one more time on ESPN, hopefully, the powers that be will come together to match him with the WBSS winner, whether that Eubank, Groves or even Callum Smith.

Only then will Ramirez truly be able to call himself the unquestioned best super middleweight in the world.