Yunier Dorticos: Murat Gassiev must find defense against missiles that will land on his head 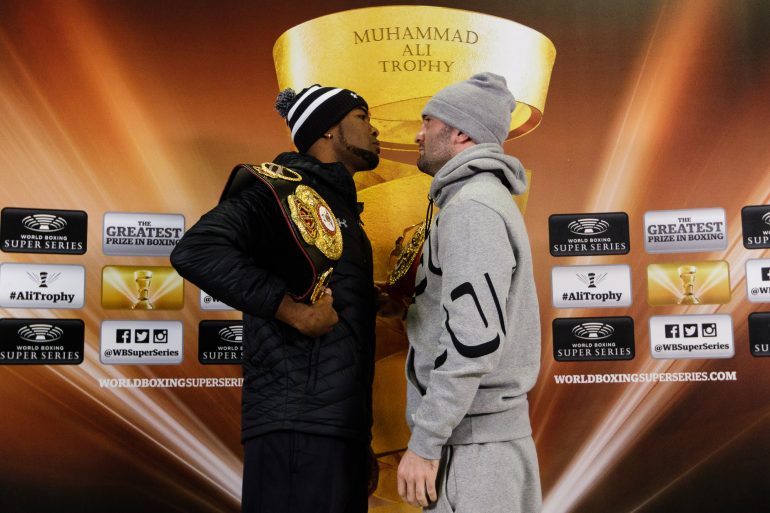 Oleksandr Usyk and Mairis Briedis waged war in a terrific World Boxing Super Series semifinal, and now we have what shapes up to be another grueling fight Saturday.

Murat Gassiev and Yunier Dorticos will meet in Sochi, Russia in a cruiserweight title unificaition bout with the winner going on to face Usyk in May. The WBSS finals will also be contested for the vacant RING cruiserweight championship, and with so much at stake, two massive punchers are sure to be swinging for the fences.

Dorticos, a native of Cuba, is entering enemy territory against the undefeated Russian, but he’s not worried about the judges. That’s because no one truly expects this fight to see 12 rounds.

“On a personal level I have no problems with Gassiev, but right now he has a problem,” said Dorticos (22-0, 21 knockouts). “He has to find a defense against the missiles that are going to land on that big head of his. Gassiev will learn to respect ‘The KO Doctor’ on Saturday night.”

The 31-year-old, rated No. 5 by THE RING, punched his ticket to the semifinals with a spectacular one-punch knockout of Dmitry Kudryashov in September. Dorticos is one of the sport’s most fearsome punchers, but now he’s stepping up to another class, and to one of the few men who can stake a claim to equaling himself in the power department.

Gassiev (25-0, 18 KOs) laid a beating of his own in the semifinals with a three-round shellacking of Krzysztof Wlodarczyk. The 24-year-old plies his craft with Abel Sanchez in Big Bear, California, and the high-altitude training should serve him well ahead of the biggest fight of his career.

Gassiev owns the edge in level of competition after he outpointed Denis Lebedev in December 2016, and his IBF title will be on the line Saturday. Gassiev will also have the opportunity to grab the WBA strap that curiously wasn’t on the line against Lebedev, who held the belt at the time.

“I will put on another show on Saturday for the fans in Russia and around the world,” Dorticos said. “I have nothing to worry about. Gassiev has.”