Jose Ramirez excited to showcase his potential in title fight vs. Amir Imam 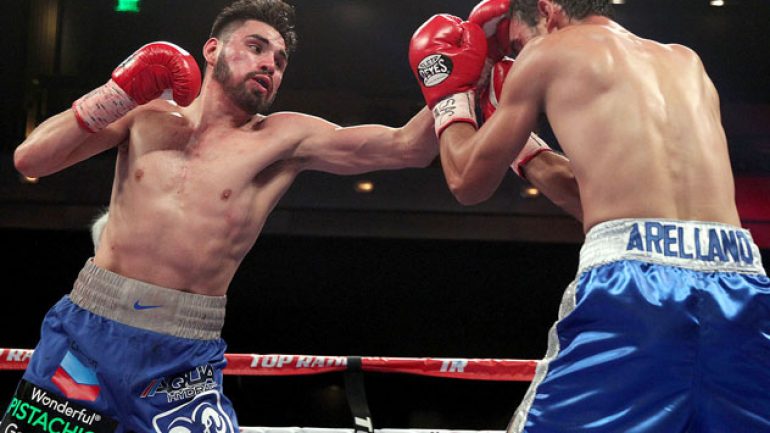 LOS ANGELES — Jose Ramirez put on a spectacular performance to earn a title shot, and now he’s ready for his close-up.

He’ll meet Amir Imam for the vacant WBC junior welterweight title on March 17 at The Theater at Madison Square Garden in New York, and it’ll be Ramirez’s second consecutive headlining assignment on ESPN.

Ramirez needed just two rounds to blast out Mike Reed in November to catapult himself to this point, but he realizes he’ll need to be even better to turn back the challenge of Imam, a once-beaten puncher from Albany, New York.

Imam was a highly regarded prospect when he ran into Adrian Granados and was stopped in the eighth round of a major upset. And that’s how Ramirez is preparing for Imam: like the fighter he saw before that November 2015 setback.

“He’s still a very good, talented fighter, but I’m preparing myself the best I can and hopefully he shows up at his best so we can make it a great fight,” Ramirez told RingTV.com at the Wild Card Boxing Club, where he recently kicked off a 10-week training camp with Freddie Roach.

“I’ve always been one of those types of fighters who, the better the opponent, the better I look, so I’m excited to get this opportunity to showcase what I have really have and showcase the maximum of my potential.”

Ramirez, a 2012 U.S. Olympian, has fought hard to raise awareness for the plight farmers face in the Central Valley of California, near Fresno, with his many outings there in ring. His fights against Reed drew over 8,000 fans, but now he’s ready to debut under the bright lights in New York.

“That’s definitely an honor for me as a fighter and that’s something us fighters wants. Fighting in New York City in front of a whole different crowd, you know, it’s a different blessing because it allows me to show the people who Jose Ramirez is.”

If Ramirez lives up to his promise, everyone will know just who he is on March 17: a champion.