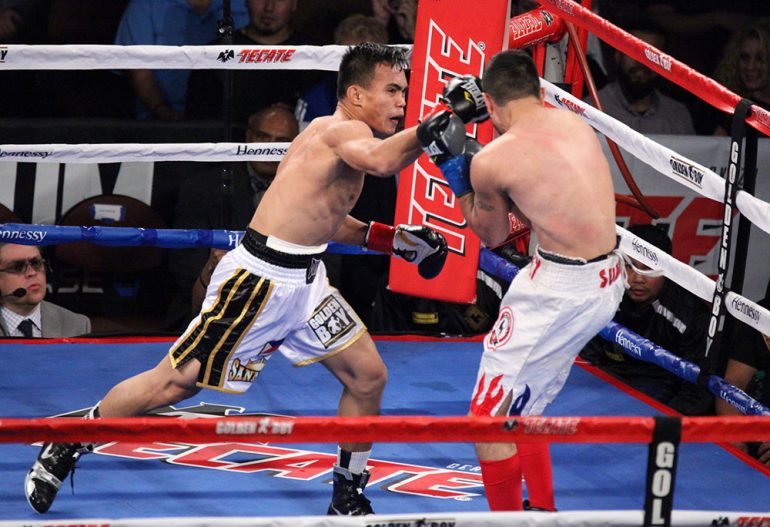 It took just 61 seconds for Romero Duno to do what he came to do last Saturday at The Forum in Los Angeles against Yardley Armenta. It was the result the Filipino boxer’s handlers had expected, given Armenta’s six prior stoppage defeats, but it still brought satisfaction for Duno to put down his opponent following the tricky eight-round decision he eked out against Juan Pablo Sanchez last September.

“I am very happy with a quick knockout and good performance. Last fight was awkward but I gain some experience,” said Duno (16-1, 14 knockouts), the 22-year-old lightweight prospect now promoted by Golden Boy.

There were no bookmakers taken to the cleaner by the quick bludgeoning, but Golden Boy matchmaker Robert Diaz took note of the feedback he received from one man with a first-hand perspective.

“Armenta’s not the toughest, but he told me after the fight, ‘Man, this guy hits hard,'” said Diaz. “When the opponent starts telling you that, you listen.”

Duno’s Philippine promoter, Jim Claude Manangquil of Sanman Promotions, says the fighter will not return to the Philippines after the win, and will instead resume training under Rodel Mayol at the Wild Card Boxing Club in Los Angeles next week in anticipation of his next outing.

Diaz says it could take place in May in an ESPN co-main event — a “step-up fight” from the series of trialhorses Duno has faced since his breakout win in March of 2017, a second-round upset knockout of Christian “Chimpa” Gonzalez. 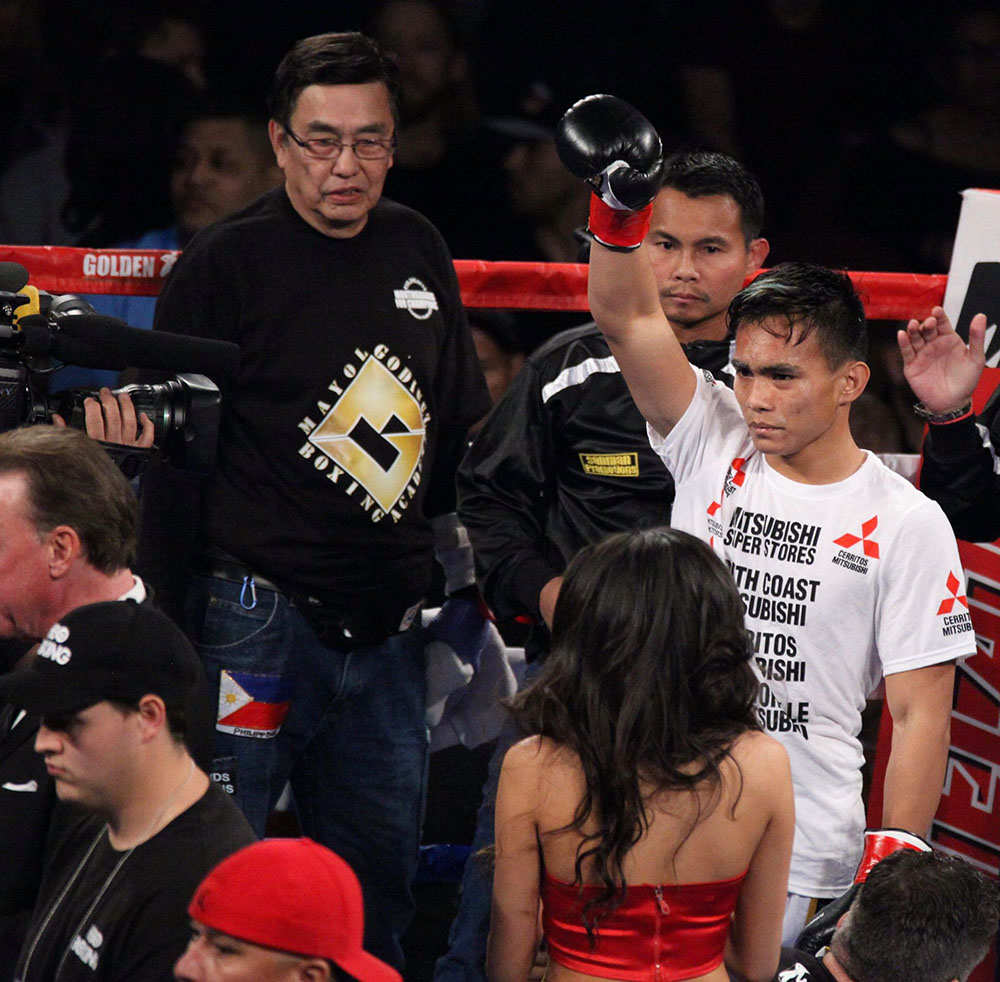 “I’m really looking to move him up. We got a couple names I’m thinking of; they seem like very fun fights,” said Diaz, who adds that he’s been impressed with Duno’s progress since signing him to a promotional deal last year. He says that the Sanchez fight, also at The Forum, gave him more time to see what level Duno was at, and showed him that he wasn’t the kind of fighter who would get frustrated if he didn’t score an early knockout.

“But fight after fight, he’s doing what he’s supposed to: He’s getting better.”

Diaz believes that the manner in which Duno fights, constantly coming forward throwing heavy bombs with both hands, will earn him a following among Mexican fans who appreciate that style of combat.

“I would want to try and stay away from the Mexican fighters so I can have the Mexican fanbase also adopt him and pick him, because he’s a fan-friendly style. And he’s a good kid, very humble, very nice kid, his whole team … but in that weight class you’re gonna find a lot of Mexicans.

“I said, ‘Look, because of the way you fight they’re gonna adopt you anyway.'”

Manangquil figures that Duno will need another fight or two to step in with the best fighters at 135, like Jorge Linares, who defeated Duno’s compatriot Mercito Gesta in the co-main event of that HBO-televised card to retain the RING and WBA lightweight titles.

“Every time we fight, we stay and watch Linares closely. I think Duno has the power to hurt Linares. We believe we have a chance,” said Manangquil, who handles Duno alongside manager Dexter Tan.

For the time being, Diaz is focused on getting Duno into the rankings, and then he’ll see where the chips lie.

“I think by the end of the year he’ll be making his move into the top 15,” said Diaz. “In fact, there’s already organizations that have asked me about Duno fighting for a regional belt. That could very well happen.”