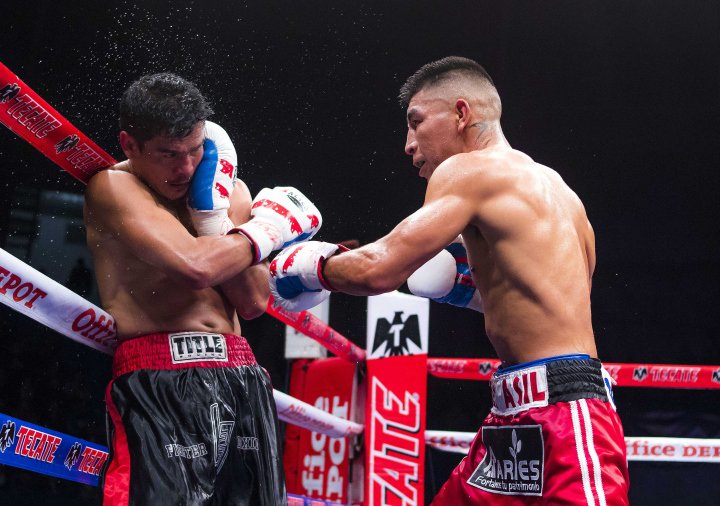 Featherweight contender Edivaldo Ortega has put his first professional defeat behind him and is slowly emerging as a force to be reckoned with.

Ortega, who lost on points to Eduardo Ramirez in December 2016, outboxed Drian Francisco to grind out a 10-round unanimous decision Saturday night at the Auditorio Municipal in Tijuana, Baja California, Mexico.

The southpaw Ortega (26-1, 12 knockouts) was the busier and more effective fighter on the inside, backing Francisco into corners and ripping in hooks to the body.

Francisco did well in spots, even hurting Ortega late in the third with a series of blows to the head. Fortunately for Ortega, the bell saved him from further punishment.

The Filipino fighter did well when he held his ground or initiated exchanges. However, during the second half of the fight, Ortega adjusted and kept Francisco at bay behind a consistent jab and a straight right hand.

Ortega, who resides in Tijuana, is promoted by Zanfer Promotions. Francisco (29-5-1, 22 KOs) has now lost three of his last five bouts.

In an eight round co-feature, junior flyweight contender Sandra Robles (20-2, 10 KOs), who also resides in Tijuana, stopped Yesenia Martinez (17-17, 9 KOs) in the fifth.