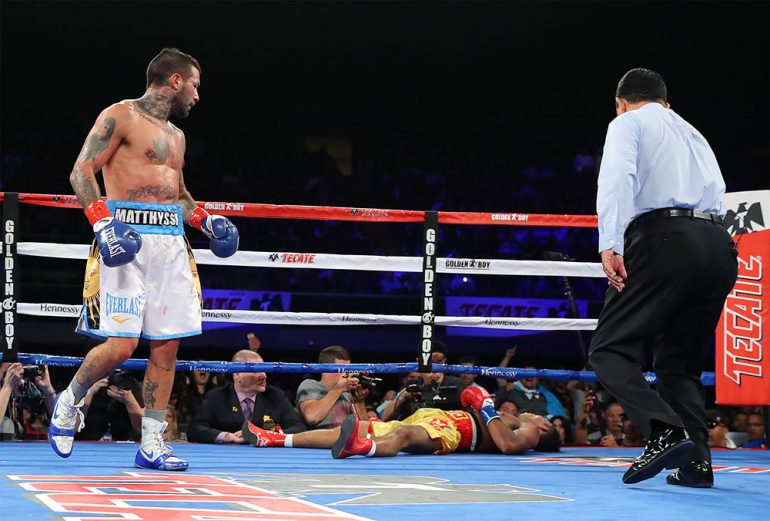 INGLEWOOD, Calif. — The boos rained down, round after uneventful round, as nary a punch landed from either man.

Finally, Lucas Matthysse ended matters suddenly in Round 8 after he landed a stiff jab followed by an overhand right that sent Tewa Kiram crashing to the canvas.

Kiram barely beat the count, and soon enough, he was back on the deck, and this time, he wasn’t getting up.

It was a left jab that did the damage the second time on a delayed reaction, and Kiram lay on the mat for a few minutes as the stretcher was hurriedly brought out before Kiram got up on his own and was transported to a local hospital. The stoppage came at 1:21 of Round 8.

Matthysse claimed the vacant WBA “regular” welterweight title with the victory, a title THE RING doesn’t recognize (Keith Thurman is the WBA’s “super” champion at 147 pounds.) 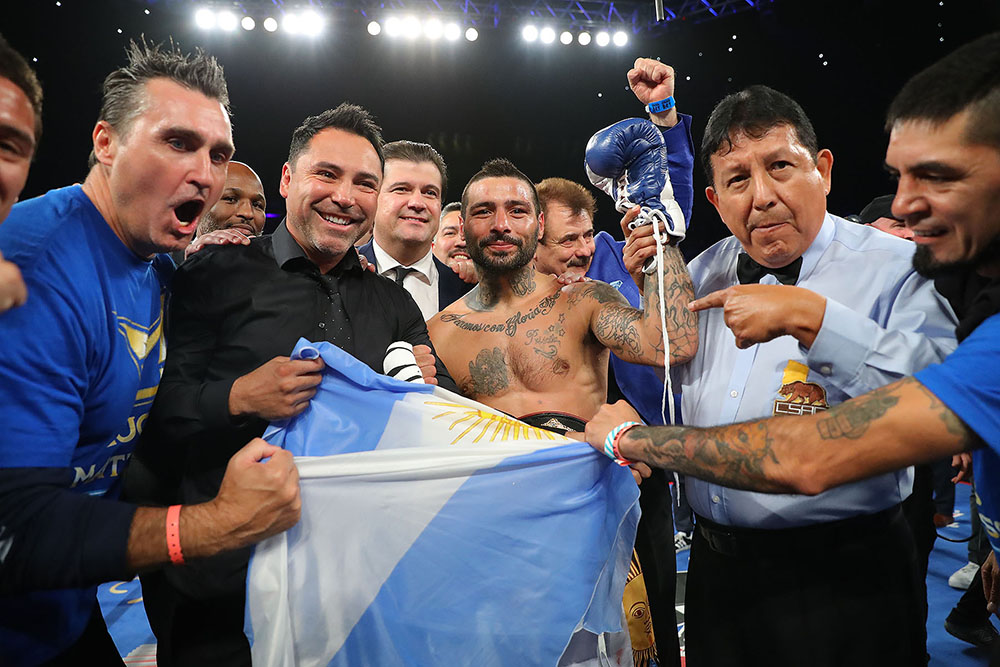 “I’m really happy,” said Matthysse, who was unsuccessful in three previous title challenges. “He moved really well, and he was really big. That’s why it was hard to cut the distance. I didn’t feel his power, so that’s why I was able to find him later and stop him.”

Matthysse (39-4, 36 knockouts) had massive trouble getting inside Kiram’s long reach and it made for an incredibly boring fight. Try as he might, the Argentine couldn’t find the proper range to work, but Kiram (38-1, 28 KOs) wasn’t landing either.

It appears the 35-year-old is past his best days, but Matthysse now holds a title and is in position for far bigger fights. And he knows who he wants.

“I’m here for the best and biggest names,” Matthysse said. “I want the rematch with Danny Garcia or Manny Pacquiao. Those are the big fights I want, though of course that will be up to [manager] Mario Arano and Golden Boy Promotions.”