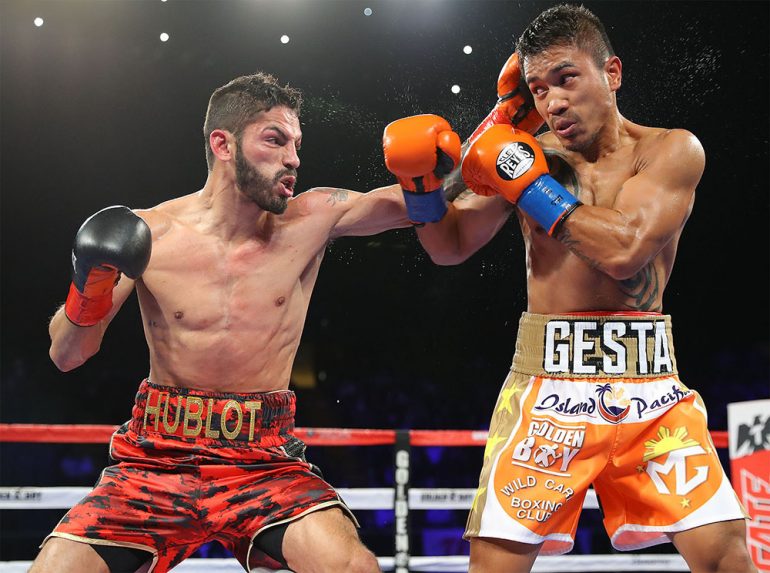 INGLEWOOD, Calif. — With Mercito Gesta out of the way, Jorge Linares can now look forward to the marquee matchups he so badly desires.

Linares retained his RING lightweight championship with a unanimous decision over Gesta on Saturday at The Forum, but the 135-pounder didn’t get the job done as easy as anticipated. Two judges scored it 118-110 with the third judge turning in a tally of 117-111 for the HBO co-feature.

“I didn’t really feel his power, though I hurt my hand in the fourth or fifth round,” said Linares, 32. “I threw my right hand without really putting too much power into it. I wasn’t touching him. There wasn’t a knockout because he was well prepared.

“Like I said to Oscar De La Hoya, I don’t want to mention names for my next opponent. You know what’s nice? That people mention my name. That’s fine that they mention my name, but let’s get them in the ring. Let them get in the ring with me.”

He didn’t mention names tonight, but earlier this week Linares expressed his desire to face the likes of Vasyl Lomachenko and Mikey Garcia, two of the best pound-for-pound fighters in the world. 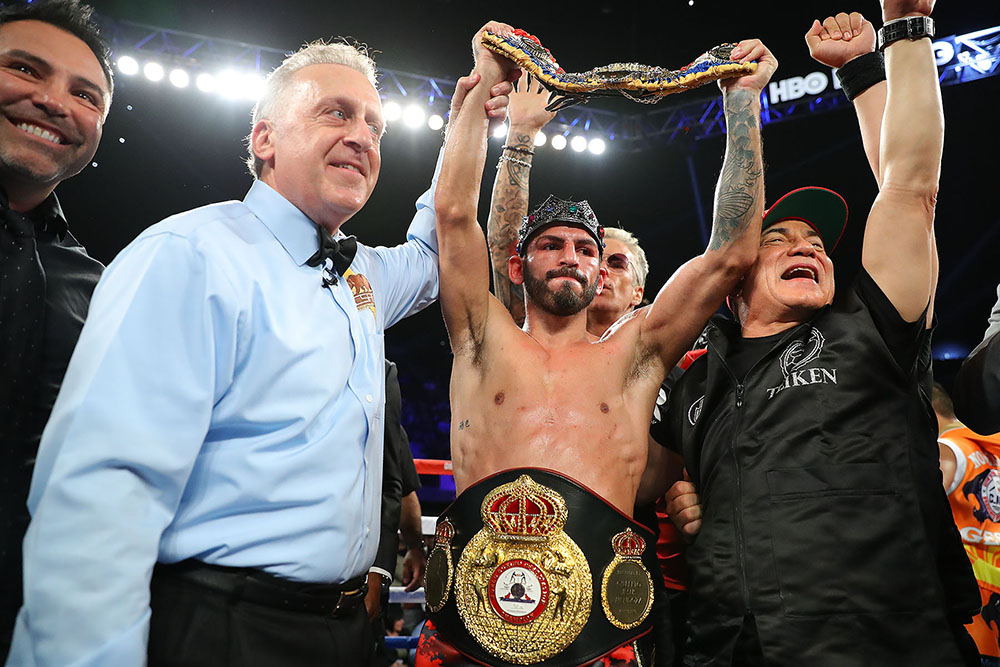 If Linares (44-3, 27 knockouts) is going to compete on that level, he’ll have to be better than he showed against the unheralded Filipino.

Linares won almost every round, but he never came close to scoring the knockout. He didn’t seem to have the usual snap on his punches, and Gesta (31-2-2, 17 KOs) had success early on. The 30-year-old was landing over the first third of the fight and his pressure was effective, but Linares was in control from Round 7 on.

“I fought against a world champion, and that was a great privilege,” said Gesta. “He adjusted well to my style after the first couple of rounds. Overall, I am proud of myself for taking this tough fight, and I know me and coach Freddie Roach came in with the best game plan, we just fell a little short.”

The Venezuelan was landing at will with straight shots down the stretch, and the gulf in talent level was clear.

If Linares is going to be tested, it will have to be against a far better caliber of fighter, and hopefully, it’s either Lomachenko or Garcia who gets the shot.